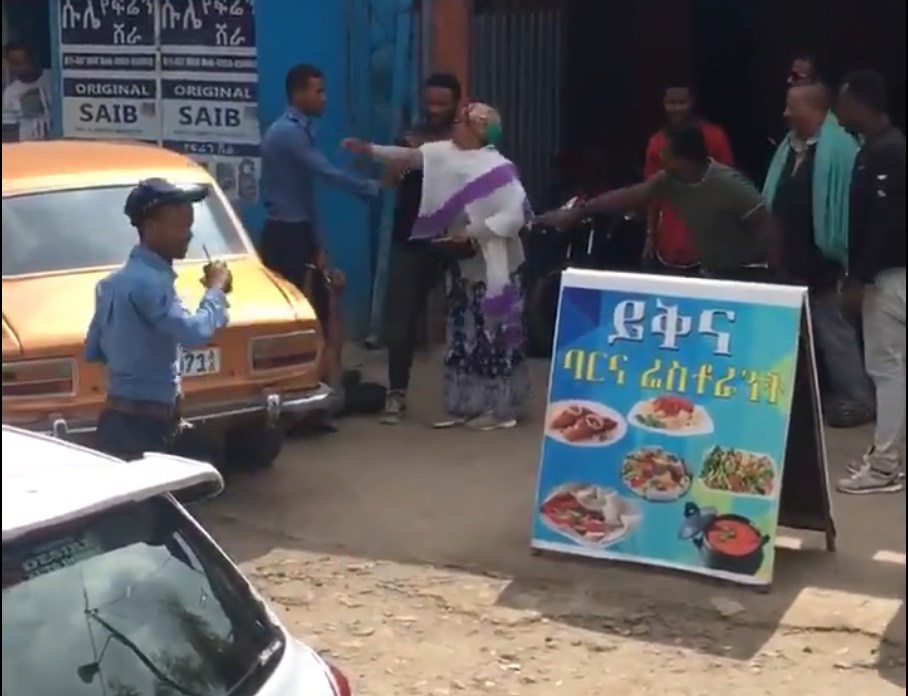 Two policemen in Ethiopia have gone viral in a video which shows them assaulting a man already retrained in handcuffs.

The video emerged on Twitter on Monday and soon went viral, prompting a backlash from the platform’s users in Ethiopia. In the video, a woman can be seen trying to prevent the armed policemen from assaulting the man further. However, one officer fires his rifle into the air while the other pushes the woman away.

The incident took place in the Ethiopian capital of Addis Ababa, which was partially captured by Twitter user @Officially_Abel. The 35-second video shows a man lying on the floor being beaten by a police officer while a woman, who is yet to be identified, attempts to stop the assault of the man.

A second officer, armed with a rifle fires into the air, as the first policeman pushes the woman away, twice raising his fist at her. Surrounding people try to calm the woman after she is pushed by the offer, who then appears to start arguing with other members of the public getting involved.

The viral video prompted an online backlash and caught the attention of rights groups calling for an end to police brutality in Ethiopia.