Ethiopia’s exiled Olympic runner returns home – but what is he returning to? 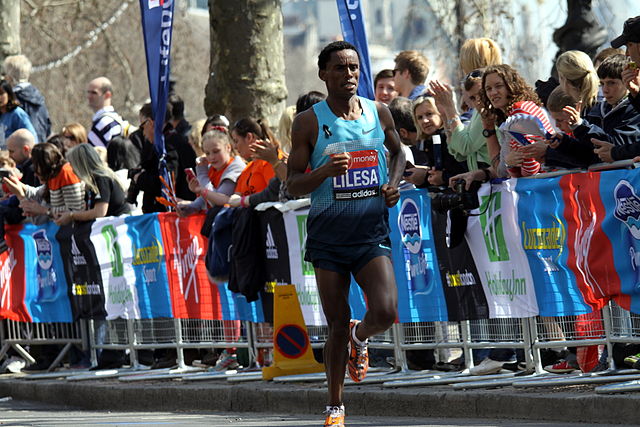 As Feyisa Lilesa crossed the finishing of the Men’s Marathon at the Rio 2016 Olympics, he didn’t just claim his silver medal in the running event – he also brought the world’s attention to events taking place in his home country, Ethiopia.

With his arms crossed above his head, the 28-year-old replicated a gesture used by his fellow ethnic Oromos during anti-government protests that were sweeping across Ethiopia at the time.

“My legs were running but my mind was preoccupied by all the suffering that was going on around me,” the silver medallist said after his symbolic achievements in Rio.

Lilesa’s Olympic achievements gained global media attention but little was said about his 2:09:52 marathon time. Instead, it was the “X” symbol he raised above his head as he crossed the finishing line and the struggles it represented for people back in Ethiopia.

While other medalists were being welcomed back home as heroes, Lilesa sought asylum in the United States, fearing he would be killed upon returning home. His application was a  proved and his family joined him in the US months later. As violence continued to mount in his home country, Lilesa told reporters he had no plans of returning to Ethiopia unless there were a regime change and a leader seen to be addressing the issues at the heart of nation-wide protests.

In April, fellow Oromo Abiy Ahmed was named Ethiopia’s new prime minister and quickly started his campaign of sweeping reforms. Now, Feyisa Lilesa returns home as a different kind of Olympic hero, but he returns to a country facing a new set of challenges under the “visionary leadership” he asked for.

Lilesa returned to Ethiopia from exile int he US on Sunday, roughly six months after Abiy Ahmed stepped into office as the country’s new leader. A lot has changed in this time and the Olympic silver medalist returns to a new-look Ethiopia – one with a newfound sense of optimism about the future.

After a total of 25 months in exile, Lilesa was greeted by Foreign Minister Workneh Gebeyehu at Addis Ababa’s international airport, where relatives and fans – many dressed in traditional Oromo attire – gave him a true hero’s welcome.

For his fellow Oromos, Lilesa is far more than someone who represented them in one of the world’s most prestigious sporting events, he’s the man who got their message out to the world. And his message was heard.

For months after the Olympics Games were over, talk about the arrest, detention, torture and killing of protestors in Ethiopia was heavily featured in international press coverage. Lilesa publicly called upon the international community to place pressure on the Ethiopian government to address rights issues for its people.

In February 2018, then-prime minister Hailemariam Desalegn announced he would be stepping down as the country’s leader, citing his failure to deal with the political unrest surrounding protests heavily involving the Oromo and Amhara ethnic groups.

Abiy Ahmed was selected as the man to replace Desalegn, becoming the first ethnic Oromo to serve as Ethiopian prime minister. His appointment wasn’t merely a symbolic gesture designed to calm political dissent among the Oromos, Ethiopia’s largest ethnic group, though.

Ahmed’s rise to power was the result of a shift in power within the country’s ruling EPRDF coalition. With the Oromia-based ODP and Amhara-based ODP putting aside their differences to unite against the highly-conservative TPLF majority, genuine political change suddenly became a reality.

What kind of Ethiopia does Lilesa return to?

Throughout his time in exile, Feyisa Lilesa always insisted that the previous regime in Ethiopia would fall. If anything, it probably happened sooner than he could have hoped and few people will deny that major political changes have taken place under Abiy Ahmed.

Since taking office in April, Abiy’s government has signed a peace deal with neighbouring Eritrea, ending a two-decade war that killed hundreds of thousands. A peace deal with the Ogaden National Liberation Front (ONLF) has also been signed after 36 years of insurgency in Ethiopia’s eastern Somali region.

The Oromo Liberation Front has also been welcomed back into Addis Ababa and given the chance to address its concerns at a political level.

Abiy Ahmed is pushing for open political discussion instead of violence but his efforts have been tarnished by ethnic clashes spreading across the country. Dozens of people have been killed in the recent violence and thousands arrested. Some rights groups have criticised Abiy Ahmed for the arrest of thousands while others are calling upon him to deploy the army in the most volatile areas.

Now, a country that demanded political freedoms has largely had its wish granted – but it hasn’t brought peace to the streets of Ethiopia. Instead of a country fighting against its government, large groups of Ethiopians are turning upon each other.

This is the Ethiopia Feyisa Lilesa returns to and its political transition is far from over.