Ethiopia’s Tedros Adhanom elected as chief of WHO 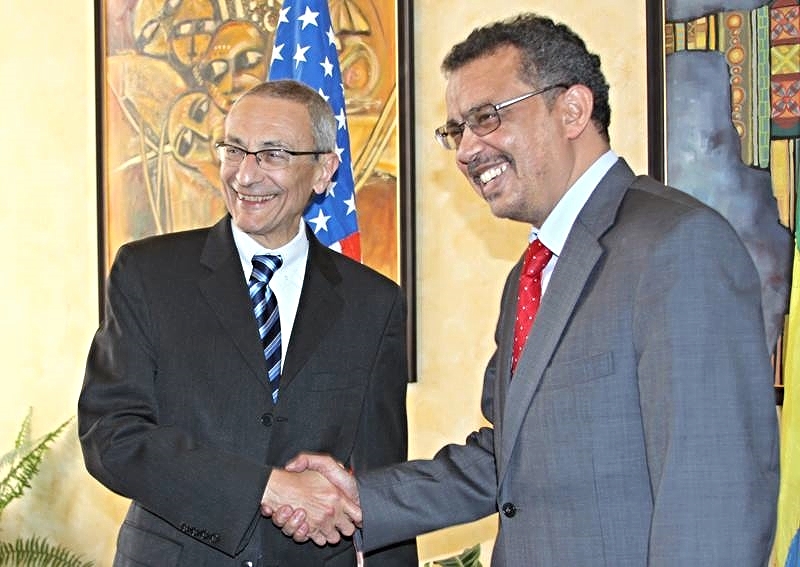 Ethiopia’s former health minister, Tedros Adhanom Ghebreyesus, has been elected as the new head of the World Health Organization (WHO).

The result makes Tedros, as he is widely known, the first African to lead the United Nations health agency, after beating the UK’s David Nabarro and Pakistan’s Sania Nishtar to the position – despite some controversy late into his campaign.

Despite criticism over Tedros’ role in suppressing human rights in Ethiopia surfacing late on, the former heath minister secured more than half of the votes in the first round and went on to win a decisive third-round victory on Tuesday, confirming his election as the head of WHO.

This is the first time the position has been earned through a competitive election. Previous director-generals were appointed from within, including Margaret Chan who has served two five-year terms in the position. Tedros will replace the former Hing Kong health minister on June 30 when she steps down from her position.

In the build-up to the election, Tedros was widely favoured to secure the position, but accusations over his conduct while acting as Ethiopia’s health minister between 2005 and 2012 emerged towards the end of his campaign.

He has been accused of covering up cholera epidemics in 2006, 2009 and 2011, which led to the deaths of hundreds of thousands of people. The controversy emerged as Ethiopia is experiencing another outbreak, which the government has labelled as diarrhea. Human rights organisations claim the government is also pressuring them to refer to the outbreak as diarrhea rather than cholera.

One of Tedros’ loudest critics during the campaign has been Ethiopian long-distance runner Feyisa Lilesa, who gained global attention for his protest during the Rio Olympics in 2016.

“[Tedros] Adhanom is travelling around the world hypocritically talking about health as a human right. But when he was health minister [of Ethiopia], his office refused to acknowledge large cholera outbreaks which cost many lives,” wrote for Al Jazeera.

“In some cases, people were denied access or were asked to join EPRDF in order to access even the measly services provided by extension workers.”

Tedros was also the country’s foreign minister between 2012 and 2016, a period where many protesters were jailed and killed, which largely inspired Feyisa Lilesa’s actions at the Rio Olympics in 2016.

Despite the controversies, Tedros is credited with transforming Ethiopia’s health system during his time as the country’s health minister.