Fact check: How African migration is misrepresented by Western media 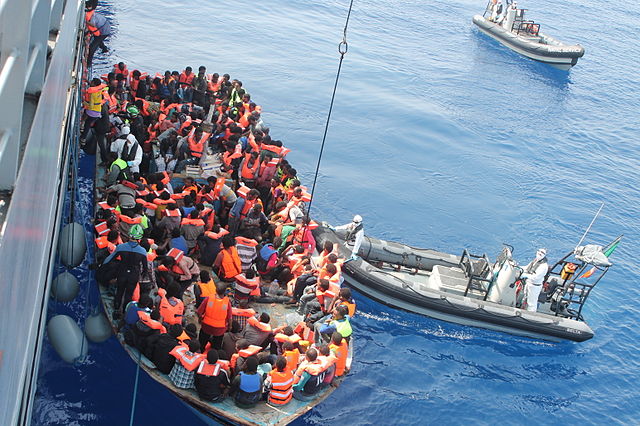 African migration has been a major topic in Western media over the past five years, particularly since the European migrant refugee crisis was defined in 2015. For months on end, images of boast filled with African migrants travelling across the Mediterranean were a constant presence in newspapers and the headlines of TV news programmes.

According to UNHCR data, more than 1,000,000 migrants arrived in Europe from across the Mediterranean during 2015 – a figure that only fuelled the perception that the continent was being flooded by refugees from Africa. 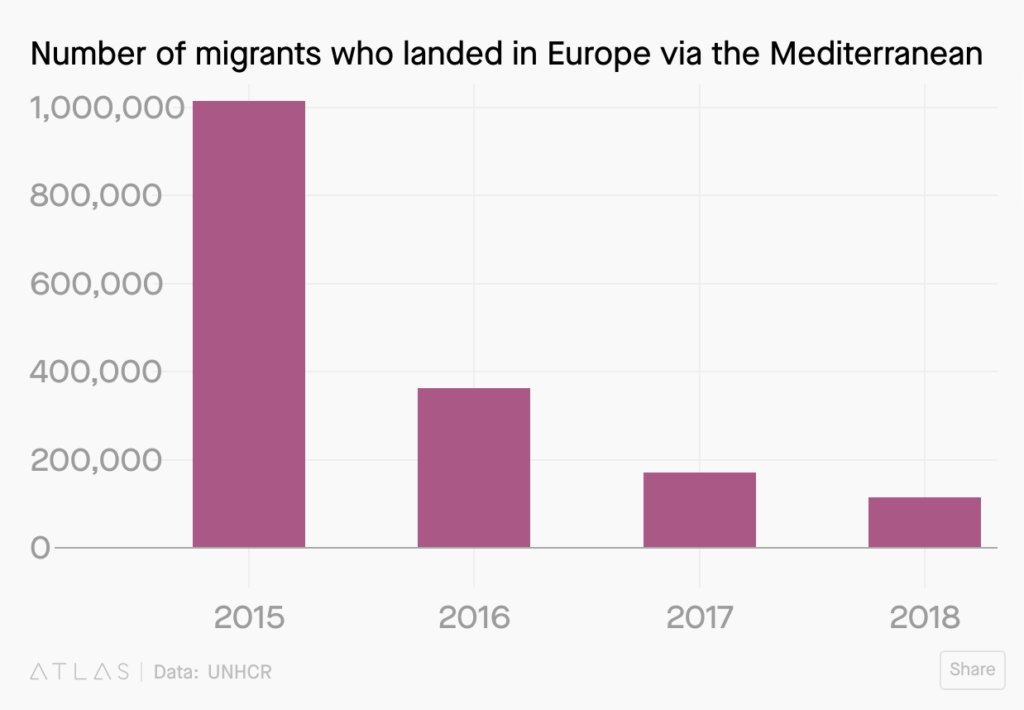 The thing is, 2015 was an anomaly for African migration into Europe and the figures have drastically decreased every year since. The striking images of boats filled with African migrants aren’t easily forgotten, though, and the notion that European nations are becoming saturated with refugees from across the Med remains.

The impact of this perception is significant, too. Right-wing organisations have seized upon migration figures to craft an agenda that migrants are invading Europe and being allowed to do so by its governments. This concept has been at the heart of a populist uprising across Europe, impacting elections and even influencing the Brexit referendum that will see Britain leave the EU.

Yet the data supporting this notion was wildly inflated, to begin with. Even in 2015, the migration figures touted by the media and opportunists was an inaccurate representation of African migration but the misconceptions still live on.

The reality of African migration

According to new research from Afrobarometer, more than one in three Africans have considered emigrating to other country’s but Europe isn’t the top choice of destination. As previous research has also suggested, the majority of African migrants choose to settle in other African nations – most commonly the surrounding countries of their home nation.

However, the finding from Afrobarometer break beyond the mean averages and aim to reveal how thoughts of emigrations vary across Africa’s diverse landscape and the range of people within its 54 different countries. 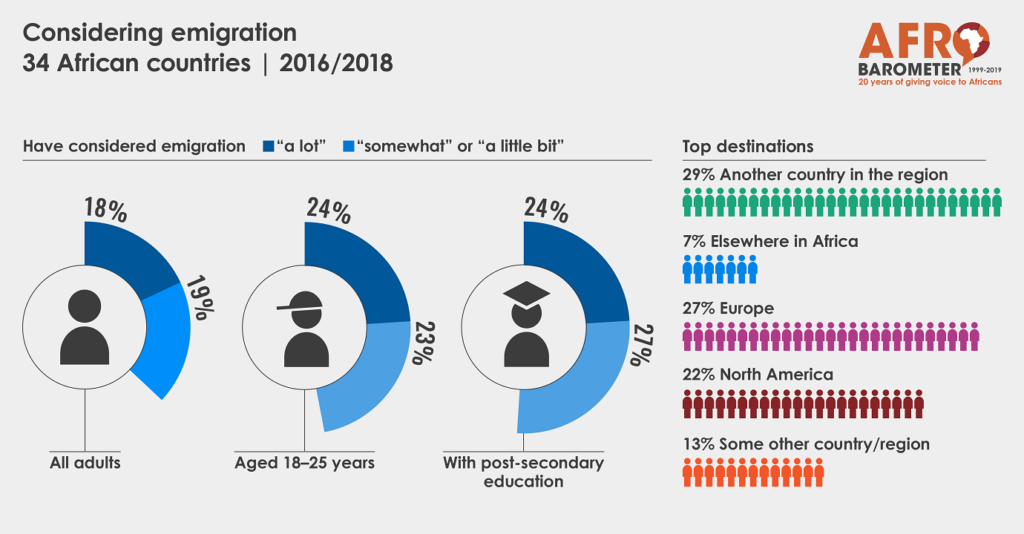 Likewise, the reason for more Africans leaving their home country is to find work (44%) while only 29% consider leaving to escape poverty. The majority of those considering emigration are aged 18-25 with percentages dropping steadily as the age groups get older.

So the typical African emigrant isn’t the refugee trying to cross the Mediterranean but young, educated people looking to work in nearby African nations. – a far cry from the depiction popularised in the Western media.

This doesn’t mean we should play down the significance of the refugee crisis or the domestic issues in certain African nations that compel people to make the dangerous trip to Europe (or anywhere else for that matter). But we should at least be aware that this is not a fair or accurate depiction of the average African person who considers living in a foreign country.