Fastjet Announces CEO Will Step Down This Week, More Flights to Niarobi 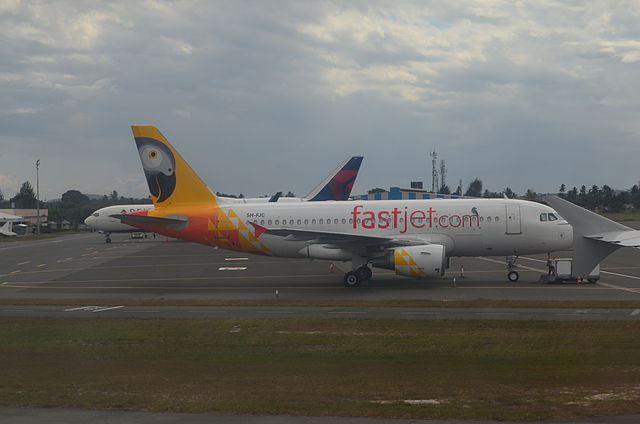 Ed Winter’s position at the company has been in doubt since last month when Haji-Ioannou called a meeting to discuss his immediate dismissal. Winter has been accused of creating excessive overheads for the company and driving up operational costs. He is due to step down on Friday 18 March.

Haji-Ioannou, who owns a 12% stake in Fastjet, called for change in a letter to the company’s chairman, according to the Guardian.

“The company has a ridiculously high-cost base,” the British publication quotes. “Winter has burnt some £80m in the last three years. We believe the company will run out of cash some time in 2016. We now have about six months left to steady this ship. Time is of the essence.”

Among the easyJet founder’s criticisms of Fastjet management is the location of the company’s headquarters in Gatwick, England.

“This is not only a high-cost location, when revenues are reported in local Tanzanian currency, but is also 4,750 miles away from Tanzania where the main operations and customers of Fastjet are located,” he says.

Despite the internal quarrels going on behind the scenes at Fastjet, the airline has committed to increasing flights between Tanzania’s Dar es Salaam and Kenya’s Nairobi. Two return flights will now run each day – one in the morning and a second in the evening – doubling the airline’s coverage between the two cities.

“We have always promised to increase the frequency on our route between Dar es Salaam and Nairobi as consumer demand grew for our affordable, safe, quick and on-time service,” said John Corse, Fastjet Tanzania’s General Manager.

Fastjet originally launched in 2012 with domestic flights within Tanzania. However, the company always had plans to expand across the continent and become Africa’s primary budget airline. Fastjet now operates in Kenya, Uganda, South Africa, Zimbabwe, Malawi and Zambia.