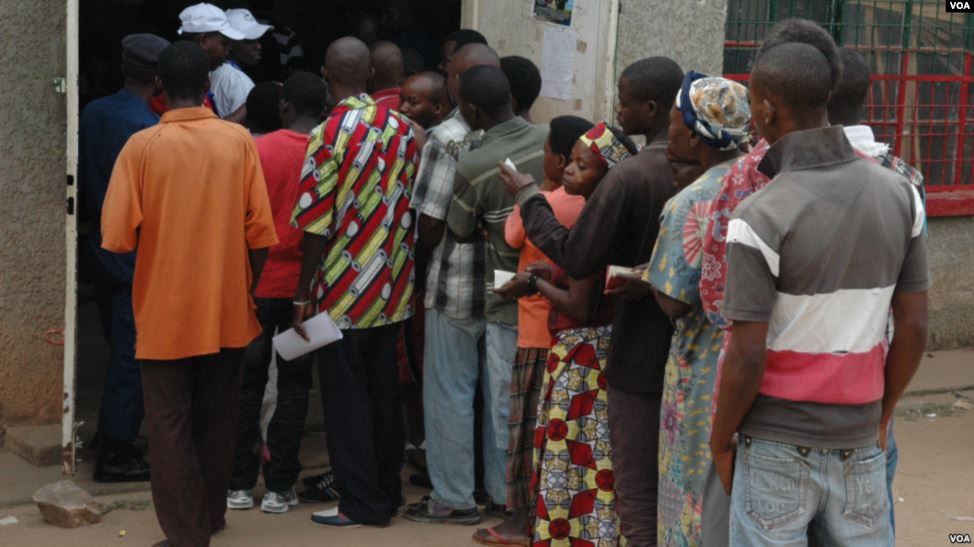 There are four key elections taking place in East Africa this year: Burundi, Ethiopia, Tanzania and Somalia. Each of these countries faces its own unique set of political and security challenges that risk boiling over. Even if all four of these nations manage to hold peaceful and decisive elections in 2020, the outcome of each will have an impact far beyond domestic borders.

Ethiopia became the democratic hope of the region in 2018 but the country risks falling apart under escalating ethnic tensions. Meanwhile, the increasingly totalitarian rule of Tanzania’s John Magufuli questions how the country can continue if he’s re-elected later this year.

As for Burundi, well, anything but a repeat of the horrific violence that followed 2015 will feel like progress and the promise of a new leader could be reason for cautious optimism. And, then we have Somalia, which will hold its first election in 50 years amidst the ongoing threat of al-Shabaab.

One way or another, this is going to be one of the most significant years for East African politics this century and these four elections will shape the region for the next decade.

Burundi is expected to elect its new president on May 20 with current ruler Pierre Nkurunziza insisting he won’t stand again, despite constitutional changes in 2018 that could have paved the way for him to remain in power until 2030.

Nkurunziza’s running for a third term in 2015 almost tore the country apart and opened old wounds between the Hutu and Tutsi ethnic groups. It took Burundi years to recover from the brink of civil war after Nkurunziza was re-elected and the country’s human rights record has barely improved, despite relative peace having been restored.

If the president’s pledge to step aside materialises, Burundi will elect a new leader for the first time since 2005. Aside from human rights concerns, any new leader will have to contend with both political and ethnic tensions, external tensions with neighbouring Rwanda and the huge task of getting Burundi’s shattered economy back on track.

First, though, the country needs to hold the election itself and the United Nations is among the multiple organisations to raise concerns about the risk of violence during the election and the build-up to it.

Ethiopia’s electoral board this week announced the tentative date of August 16 for parliamentary elections – the country’s first vote since Prime Minister Abiy Ahmed came into power in April 2018. Ethiopia normally holds votes in May and the decision to hold this year’s poll in August has drawn criticism from opposition groups in the country. August normally receives more rainfall than any other month of the year, making travel to some parts of the country difficult and opposition members have accused the government of trying to protect itself by orchestrating logistical problems.

Abiy Ahmed’s tenure as prime minister has both been widely praised and criticised with the PM having a particularly strong reputation on the international stage. In October, he was awarded the Nobel Peace Prize, namely for his role in securing a peace deal with neighbouring Eritrea. However, domestic issues have been more complex for the PM. After coming into power, he embarked on a campaign of sweeping reforms that opened up the political landscape, media freedoms and social rights. However, it also facilitated a spread of political and ethnic conflict that could threaten the country’s election and Aby Ahmed’s entire tenure.

In October, Tanzania will hold presidential, parliamentary and local elections. Opinion polls suggest President John Magufuli’s popularity has tumbled in recent years, from 96% when he was elected in 2016, to 71% in 2017 and 55% in 2018. Following the publication of that poll, the Tanzanian government promised to take “appropriate action” against the pollster.

This kind of statement from the government sums up the current political landscape under John Magufuil. His apparent decline in popularity has coincided with increasingly totalitarian policies, such as restricting media freedoms, targeting the LGBT community and giving sweeping powers to a government-appointed official over the registration of political parties.

Some opposition groups accuse the government of kidnapping, torturing and even killing party members. While critics find themselves arbitrarily detained and sometimes imprisoned over questionable charges.

The concern for Tanzania, if John Magufuli is re-elected, that the country’s steep political decline may continue, which would paint a bleak outlook for the next five years.

Somalia is due to hold its first election in 50 years in December 2020 although a specific date is yet to be announced. Arguably, this could also be the most important election across Africa in 2020, due to the international ramifications events in Somalia have. the security and logistical challenges are severe, too, with the constant threat of militant al-Shabab targeting government efforts to legitimise its power.

Any election will be seen as a prime target for the group to attack the core function on a democratic state.

Getting people to the polls will also be a challenge for the country, too, which struggles with flooding and drought conditions, as well as the constant security threat of al-Shabaab and regular airstrikes carried out by the US and Africom forces.

For President Farmajo, holding a peaceful and legitimate election will be key but, then, winning the votes he needs to stay in power becomes the challenge. Somalia’s constant stage of troubles generally limits leaders to a single term in power. And, while the president has many friends in the right places, his list of enemies has grown during his tenure – both inside and outside of Somalia.