Fresh Protests in Ethiopia Kill At Least Five, Many More According to Opposition Members 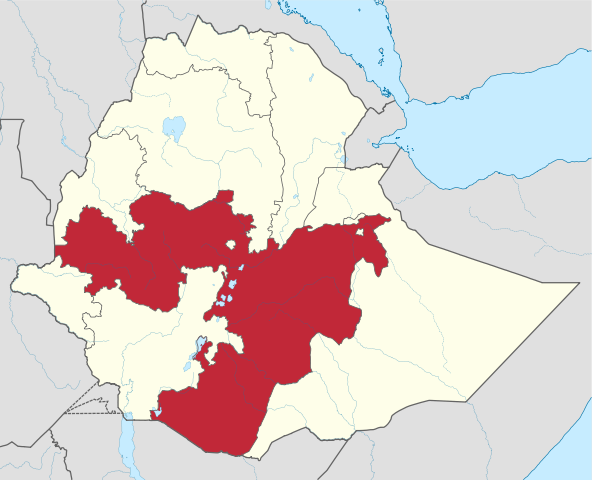 The Ethiopian government has confirmed at least five people were killed in fresh protests outside the capital, although opposition members claim many more have died.

The protests took place in several towns across the Oromia region that surrounds the nation’s capital Addis Ababa. Protest have been regular for more than a year now, since the government announced plans to expand the city into Oromia land.

A government official confirmed that most of the five killed were students who took part in the protest, while the others were local farmers. Students have been highly active in demonstrations over the last year, while the local farmers said to be losing out on their land without compensation.

Discontent against the capital in the ethnic Oromia region has been rising, with a growing number of protests taking place in recent months. The demonstrations typically turn violent, however, with government forces killing and injuring people it describes as enemies of the state.

The dark side of Ethiopia’s development

Ethiopia has been widely praised for its progress in development over the last couple of decades. Its education and agricultural sectors have been at the heart of Ethiopia’s progress too, but there’s a dark irony behind the nation’s image on the global stage.

For those living in Ethiopia, criticising the government isn’t tolerated and this feeds its way down into an education system that, while continues to grow rapidly, leaves no room for students who want to shape their own voice.

It’s the farmers who own land on the outskirts of the capital Addis Ababa that symbolise the Oromia struggle though. In the nation’s largest state, farmers who fuel the nation’s biggest contributing industry to the economy are set to lose out. No compensation has been offered for those expected to see their land disappear into Addis Ababa territory and fears of a land grab in the region are growing.

Ethiopian law dictates that all land belongs to the state and ‘owners’ are simply considered as leaseholders.

“Oromia in Ethiopia” by TUBS – Own workThis vector graphics image was created with Adobe Illustrator.This file was uploaded with Commonist.This vector image includes elements that have been taken or adapted from this:  Ethiopia location map.svg (by NordNordWest).. Licensed under CC BY-SA 3.0 via Commons.