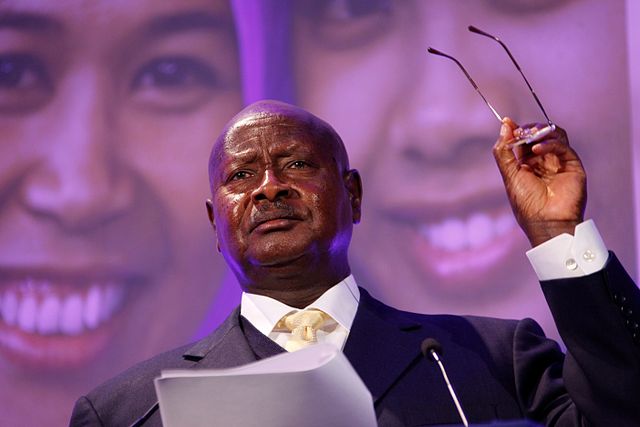 East Africa has developed something of a reputation for gender equality in politics over the years. Rwanda has a higher percentage of women in parliament than any other country in the world while Burundi, Ethiopia, Tanzania and Uganda are also among the highest ranking nations for female political figures (top 31 of 130 world parliaments)

The study finds that, despite women sitting in many parliaments seats, they generally lack the same political influence enjoyed by their male peers. According to the group responsible for the study, Burundi, Ethiopia, Rwanda, Tanzania and Uganda are no different from other countries in the region when it comes to handing political power to women.

Rwanda and Bolivia are the only two countries in the world where female politicians outnumber men. Rwanda tops the list where 61.3% of the country’s members of parliament are female (source: ipu.org).

Gender equality was a key part of Paul Kagame’s strategy for rebuilding Rwanda after the 1994 genocide. More than two decades later, Rwanda is the shining example of gender equality in politics, but it seems the stats might not tell the whole story. The latest EAC Gender Borameter report suggests these numbers don’t always translate into political influence for female politicians in East Africa.

Whereas there has been relative progress in relation to parliament’s other spaces, issues of decision making present critical gaps. For example, in relation to cabinet posts only Uganda presents a near 50/50 picture with 42.6% women. Parastatal and public service leadership present some of the lowest percentages in as far as women are concerned. Worthy to note is that Tanzania fares relatively well in parastatal leadership with 30% where the rest of the countries are below 20%. Rwanda, Tanzania and Kenya also fare well with 45%, 39% and 37% women’s leadership of public service respectively but still below 50/50 gender parity mark. – EAC Gender Borameter report 2017

According to Dr Josephine Ahikire, the Dean at the School of Women and Gender Studies who designed the report, gender equality in East African nations is far from the popular notion suggest by statistics.

Dr Ahikire says a paradox of power vs influence has developed in East African nations, where the number of women in “powerful” positions doesn’t equate to their participation in key decision-making.

“Creating seats for women has created a ghetto, where women are largely represented, but critical political leadership decisions remain male-dominated,” she says.

Dr Ahikire says females remain subordinate to men in East African countries, which continues to numb their political influence. Meanwhile, the report points to this having a severe effect on female politicians’ ability to improve gender equality outside if the political sphere in their countries.

Lack of funding for woman’s issues

A direct knock-on effect of this gender power vacuum is poor funding and representation for women’s issues in East African countries. The recent arrest of Ugandan scholar Dr Stella Nyanzihas and the ongoing case against her has, at least, brought this problem to attention. Dr Nyanzi criticised the government for not fulfilling its promise to provide menstrual pads for young girls – a pledge made by President Yoweri Museveni during his controversial reelection campaign.

The government’s reaction was to arrest Dr Nyanzi for criticising the president on social media.

A severe lack of funding and legal action against sexual violence and other crimes against women in Africa has been well-documented, too. Which seems to validate Dr Ahikire’s claims that the quantity of female politicians in East Africa isn’t having the impact it should on the quality of life for women in the region.

The danger of hollow progress

The danger with stats painting a false picture of gender equality in East Africa is they dilute the need for further progress. Societies, where women are expected to participate in diluted political activities and then return home to subordinate family roles, is hardly the kind of gender equality Africa should be aiming for.

Sadly, it’s all too easy to point to the statistics and argues that Rwanda is leading the way in gender equality when prevailing issues remain. Like the smear campaign against a woman who aims to be the country’s first woman to run independently against the ruling party, for example.