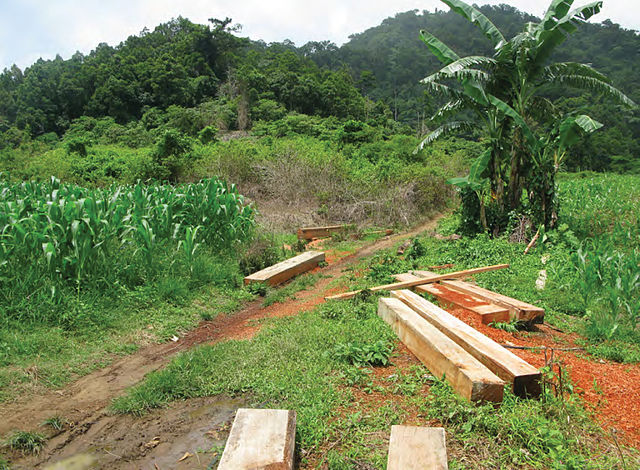 Key nations in the East and South of Africa have united to tackle illegal timber trade across the region.

Kenya, Tanzania, Uganda, Madagascar and Mozambique signed an agreement on Septemer 9, entitled the Zanzibar Deceleration on Illegal Trade in Timber and Other Forest Products (PDF) – an agreement hailed as ‘groundbreaking’ by the WWF.

“WWF welcomes the Zanzibar Declaration on Illegal Trade in Timber and Other Forest Products, the first agreement of its kind,” said WWF Terrestrial Programme Coordinator, Geofrey Mwanjela. “Illegal trade in timber is expanding at an alarming rate and this new commitment by governments will greatly amplify efforts to reduce such trade at the regional level.”

A declaration to fix ‘inadequate collaboration’

Mwanjela claims ‘inadequate collaboration’ between national and regional organisations makes it difficult to curb illegal trade between borders, but he believes a united effort under the Zanzibar Declaration could make all the difference:

“Current national and regional mechanisms to control illegality are hindered by inadequate collaboration among national forest agencies and Customs agencies across the region,” he says. “It is for this reason that WWF is providing support to forest agencies as they make this bold step towards significantly reducing illegal trade in timber and other forest products.”

The agreement was signed at the XIV World Forestry Congress in Durban, South Africa. The event, which is the world’s largest meeting between global forestry leaders, was facilitated by WWF, TRAFFIC and other key environmental bodies.

A new level of commitment

“The Zanzibar Declaration signals a firm commitment by the five countries to curtail the illegal and unsustainable timber trade that is benefiting criminals and depleting the natural resources of the region,” she said.

Illegal timber trade has become more than an environmental concern for East African nations, with serious economic implications becoming increasingly worrying. Reports estimate (PDF) that Kenya alone loses around $10 million a year to illegal trade across the Tanzanian border, with Tanzania losing more than $8 million in return – figures that will only increase if action isn’t taken.