The Gulf-Qatar crisis puts Somalia in a diplomatic tight spot 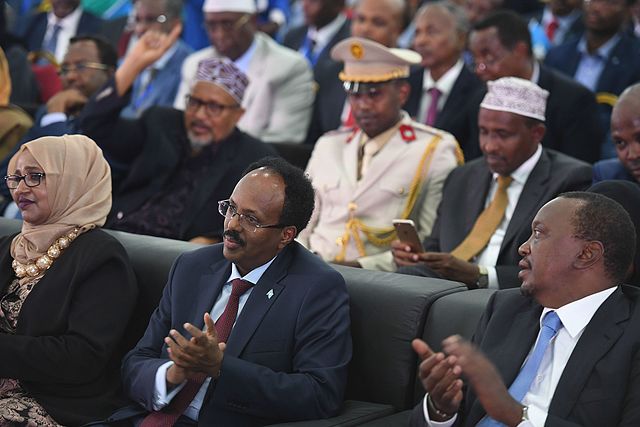 Sadly for Farmajo, the pressure to cut ties with Qatar hasn’t disappeared. Somalia’s neutral stance was a blow for close ally Saudi Arabia and another dent in relations with the UAE. Not to mention the pressure coming from within Somalia’s own government for the president to change his stance.

Suddenly, Somali finds itself stuck in an unwelcome diplomatic tight spot, thanks to the ongoing Gulf-Qatar crisis – when it’s got enough of its own problems to worry about.

Why is Somalia staying neutral?

The truth is, Somalia can’t really win in this situation and Farmajo clearly knows this. On the one hand, he needs to maintain relations with Saudi Arabia, whose financial support is vital to the country’s economy.

Yet Somalia has decided not to back the kingdom in this dispute, despite reportedly being offered $80 million to do so. This comes little more than a year after Somalia cut ties with Iran – one of Saudi Arabia’s most bitter rivals. While Mogadishu has even backed Saudi Arabia against European powers (the biggest donors to Somalia) over criticism of human rights violations in the Middle Eastern country.

So clearly, Farmajo has his reasons for staying neutral in such a significant dispute.

Some suggest it could be down to Mogadishu’s frustrations with the UAE, which is deepening ties with Somaliland and Puntland. Unsurprisingly, Somalia feels this undermines its position with the two autonomous regions.

Of course, we can only speculate as to what the reason behind Farmajo’s stance until now really is. The question now is whether it will last.

The most difficult issue for Somalia is the financial implication of how it handles this situation. While Somalia might not like the UAE’s recent actions, it still partly relies on the country for training, equipping and paying the salaries of soldiers in its national army.

Meanwhile, Saudi Arabia provides significant financial support to the government and, together with the UAE, is responsible for taking 80% of Somalia’s livestock exports. And they’re by far the country’s two most influential allies among the Arab nations, which is an important factor for Somalia.

Likewise, if Saudi Arabia and the UAE wanted to make life difficult for Somalia, it wouldn’t take much effort. Not that there are any real signs of such intentions from either country – at least for now.

Considering the mounting external pressure piling on Somalia, it’s no surprise that Farmajo has to put up with increasing pressure from within his own country as well. Various politicians have criticised the president’s conduct and, of course, it makes perfect material for opposition parties.

Somaliland and Puntland could bring added pressure to the political table, too – especially with their blooming relationships with the UAE.

As Somaliland continues to push for full recognition of its independence, Somalia’s position could be further weakened if it loses the support of key allies such as the UAE and Saudi Arabia.

Either way, Farmajo will have to reassess the impartial stance Somalia is currently taking with the Gulf-Qatar crisis. At the very least he will need to prove he’s not maintaining ties with Qatar purely because it funded his election campaign. And, above all, he’ll need to make sure his stance going forward doesn’t compromise Somalia’s ties with other nations during times when it needs every ally it can get.