How gender equality can build a prosperous Somalia 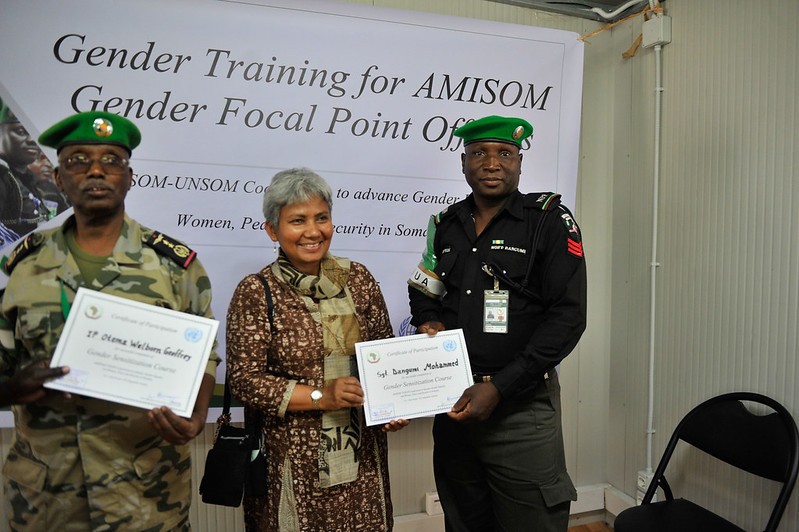 The challenges of gender inequality in Somalia have become more apparent in recent decades. At the forefront of this societal evolution is the redefined role of women in the country, which is strikingly different in 2020 compared to the turn of the century.

However, gender inequality remains a problem in the Horn of Africa nation, reinforced by its patriarchal system, conservative religious beliefs and a long history of gender division. In many parts of Somalia, women are still considered subservient to men and many are resigned to roles of childbearing and housekeeping.

At the same time, an increasing number of women in the country are studying at university to become working professionals. However, certain disciplines are still considered to be unsuitable for females – a modern sign of the conflict within Somalia’s progression towards gender equality.

Causes of gender inequality in Somalia

“Knowledge is power.” It might not be a strong point, but this is pointing more towards some parts of Somalia that are rejecting western views on women, to stick to cultural ones. Education is nothing if you leave all you learn in school and still behave like a savage when you get back home. In other words, it must be obvious that you are educated.

A community that’s poorly educated can never know the worth of women and a woman that is not educated cannot know her rights. It has also been noticed that parents don’t usually encourage the education of their female children because they believe it will be of no benefit to them, as any money or success she earns in the future, due to her education, will be of her husband’s, not their’s.

Tradition is said to be the custom of a particular society, while culture is simply the way of life. Tradition and Culture do not allow women to become rulers among the ethnic groups in Somalia. In fact, it is deemed an abomination in almost every tribal group. Thus, the typical cultural dogma has plagued many thrones and political seats in the country and this ideology has passed down many generations of conscious thought.

It’s hard to keep “mentality” as a standalone point, as it is largely influenced by culture and tradition. However, if you look at it subjectively, from a woman’s view, it stands alone. The reason that many women are not ambitious is that they believe top positions are meant for men. Even some ladies complain about having a female boss simply because they are used to having a male boss.

It almost seems clandestine for women to want to occupy a political position or the top positions in a company.

This mentality is perpetuated by society but also the environment in which girls and women grow up in Somalia, which illustrates how much progress still needs to be made. Gender inequality is systematic and institutional in this conservative society but it has also been normalised by long-standing tradition.

It’s obvious that religion is one of the top contributors to gender inequality in the world.  Some religions or religious practices restrict the role of women to domestic roles, making it impossible for them to aspire for positions of power, political influence or corporate success.

However, according to Islam, women are not considered inferior to men. Men and women have similar rights and, in some areas, women actually enjoy certain privileges that the men do not.

Allah has declared in the Holy Qur’an that He has created men and women as equal beings.

Prophet Muhammad fostered Aisha’s education and nurtured her intellectual pursuits. She was considered more knowledgeable than most of her male contemporaries in matters related to Qur’anic interpretation, poetry, medicine and history and men and women alike studied under her instruction. Aisha also rendered legal decisions (fatwa) and delivered speeches publically, powerfully and eloquently.

During the Prophet Muhammad’s lifetime, Aisha participated in the early battles fought by the new Muslim converts against the Arab pagans who persecuted members of the fledgeling faith community. During the Battle of Uhud, she distributed water bags to the Muslim combatants on the battlefield. Following the death of Prophet Muhammad, Aisha’s role became increasingly important. When the third Caliph Othman ibn Affan was assassinated, the Muslim community’s underlying political system was jeopardized by internal division and conflict. Aisha raised a leading and quite public voice against Ali, the fourth Caliph, in 656 CE. She delivered a public address at a mosque located in Mecca where she swore to avenge the murdered Caliph’s death. As a result, she garnered the support of many Muslims across Arabia and eventually led an army into the Battle of the Camel. The speeches she delivered during the battle were noted for their force and candour.

Aisha’s life represents a powerful model for Muslim women’s excellence in scholarship, political engagement and even military leadership. She excelled in public speaking, commanded an army on the battlefield and instructed both men and women in Islamic jurisprudence.

For those Somalis weary of Western feminism and where Islam continues to hold political, social and religious currency in the society, Aisha’s standard provides a culturally authentic paradigm for Muslim women seeking a leading role in the political, judicial or religious spheres. Her standing as the Prophet Muhammad’s beloved wife and the daughter of the first Caliph is incontrovertible among Sunni adherents as is her predominant role in government, academia and the law.

As noted above, such Islamic model can serve as powerful, culturally authentic tools in advancing the human rights agenda towards increased female empowerment in the political, social and economic spheres within Somali society.

Equality can build a prosperous Somalia

Equality between men and women is one of the core values of the Somali constitution. This value has been enshrined in Somali legal and political frameworks. Based on the constitution, the Somali government is committed to breaking the vicious cycle of gender discrimination through developing gender-responsive policies in different sectors. The government has taken different measures and a range of activities aimed at empowering girls and women, protecting their rights, transforming their lives and strengthening their voices as drivers of sustainable development.

The government wants to take further measures to ensure the empowerment of women. However, if the government is really determined to support women, it needs to focus on young women and harnessing the full potential of Somalia’s youth.

The international community has commended the Government in its effort to promote gender parity within political participation. It aims to provide women 30% seats in parliament. However, significant progress still needs to be made before women are able to enjoy the same opportunities in life and contribute to society in the same capacity as their male counterparts.

Ensuring gender equality requires both the government and society to take bold and practical steps to curb gender discrimination. Somali government not only shall develop pro gender equality policies and laws but it shall put them in place. At the same time, Somali society shall dare to embrace the modern values and principles in terms of gender issues in the country.

Reaching social equality is hard, but not impossible.

Jebril is a development strategist/activist and Pan-African advocate. He is a Member, African Studies Association of Ethiopia ; Member, Royal African Society; Member, African Institute of Political Simulations, etc. His main research interests are in Politics, Society and Governance in Africa, Africa inter-state relations, emerging powers, security, democratization and regional integration in East Africa. He has published articles in local and international journals; public media, among other several works. View all posts by Jebril Domenico →