How popular is Abiy Ahmed in Ethiopia as election looms? 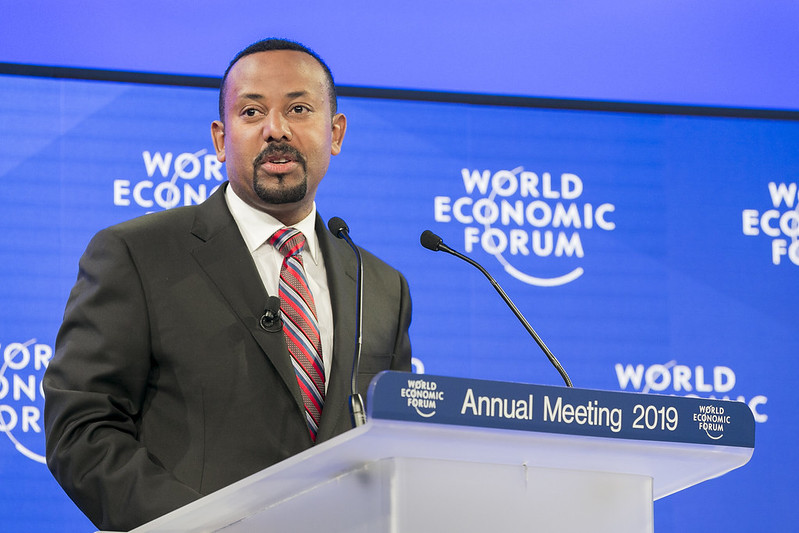 With elections looming, Ethiopia finds itself at yet another defining but equally uncertain political junction. Just a few years ago, the country was tearing itself apart through anti-government protests. Now, the East African nation is in danger of tearing itself into dozens of pieces across clumsily drawn ethnic lines.

At the centre of this transition in one man: Abiy Ahmed. After coming into power in April 2018 he quickly achieved what many would have thought impossible. He eased anti-government sentiment, released thousands of political prisoners, instigated widespread reforms and opened up the political landscape.

Ethiopia was transformed in a matter of months from one of the most politically suppressive regimes in Africa to one of its most progressive. At the same time, Abiy worked on a peace deal with neighbouring Eritrea that would ultimately bring an end to more than 20 years of conflict and later earn him the Nobel Peace Prize.

Crucially, Ethiopia’s new prime minister opened up the country’s economy to foreign investment and this is when the international community really starts to pay attention. From an outside perspective, Abiy Ahmed has saved Ethiopia from political collapse but the story at home is far more complex.

Political freedoms have facilitated aggression and clashes between ethnic groups, opening decades-old wounds between rival farmers, landowners and political groups. Before Abiy Ahmed, it was the Ethiopian people against a brutal government. Now, it’s the Ethiopian people divided and fighting amongst themselves that threatens to bring the country to its knees.

Progress is proving difficult for Ethiopia and Abiy Ahmed isn’t escaping blame in his home country.

In October 2019, Abiy Ahmed won the Nobel Peace Prize for his efforts in brokering a peace deal with neighbouring Eritrea and his domestic reforms policy. His selection confirmed Abiy’s status as the international community’s latest example of what an African leader should be: democratic, progressive and, above all, an economic partner.

We’ve seen this kind of international appraisal before, of course. Paul Kagame was once the gold standard of African leadership until the reports of human rights violations, targeted killings and media suppression began to emerge. On the plus side, Kagame continues to play ball as a viable economic partner, which is usually enough for the international community to gloss over the occasional rights violation.

Before Kagame, Eritrea’s Isaias Afwerki was the prospect of hope. Bill Clinton referred to him as a “renaissance African leader” who criticised the leaders in surrounding nations for clinging on to power. Almost 30 years later, Afwerki remains the only president Eritrea has even known in its independent life.

Now, Eritrea is known as one of the most brutal dictatorships in the world. And, unlike Kagame, Afwerki has refused to adopt the geopolitical economic model demanded by the international community. Nothing is glossed over when it comes to Eritrea, which has a number of sanctions and embargos still placed against it.

The point is, the international community’s approval of an African leader doesn’t count for much. Admittedly, neither Kagame nor Afwerki ever received the Nobel Peace Prize (despite Afwerki also being involved in the same peace talks with Abiy) but how qualified is Norway’s Nobel committee to assess Abiy Ahmed’s actions on key issues like human rights?

The view from inside Ethiopia

Abiy Ahmed’s reception in Ethiopia is as complex as the ethnic makeup of the country itself. The prime minister still enjoys strong support but the almost nationwide hero status he once enjoyed has long since been lost. Most telling is the growing dissent from his own Oromo ethnic group that celebrated his stepping into office so proudly less than two years ago.

Abiy’s strongest critics accuse the prime minister of being egotistical and power-hungry. At the political level, they can point to the stalled peace process with Eritrea, which has failed to instigate genuine cooperation between the neighbouring countries.

Other aspects of his premiership are more debatable. Abiy Ahmed has positioned himself as an “Ethiopianist” intent on united and ethnically divided country but this stance is proving unpopular with many of the nation’s ethnic groups – including Abiy’s own Oromo ethnic group that has felt underrepresented by successive governments.

Shortly after arriving in office, Abiy Ahmed released thousands of political prisoners and welcomed back political parties banned by the previous regime, many of whom were labelled as terrorist groups. It was one of many moves that earned him praise both inside and outside of Ethiopia but the country’s prisons are filling once again with political prisoners.

Military responses to outbreaks of violence have raised eyebrows as well.

Some of Abiy’s earliest critics accused him of not taking action against ethnic violence. Now, others are criticising heavy-handed military interventions. Perhaps Abiy Ahmed will be criticised regardless of how he responds to ethnic violence. A more sinister assessment might suggest his government is selectively choosing which ethnic groups to contain.

With so many changes taking place over the past two years, it’s difficult to say which theories and accusations are correct.

One this that is clear is that Abiy’s Ethiopianist agenda has alienated large sections of his support, including much of his native Oromia region, the most populous in the country. This includes many of his political allies, including Lemma Megersa, former president of the Oromo region, who could seriously hurt his election prospects should she decide to quit his government.