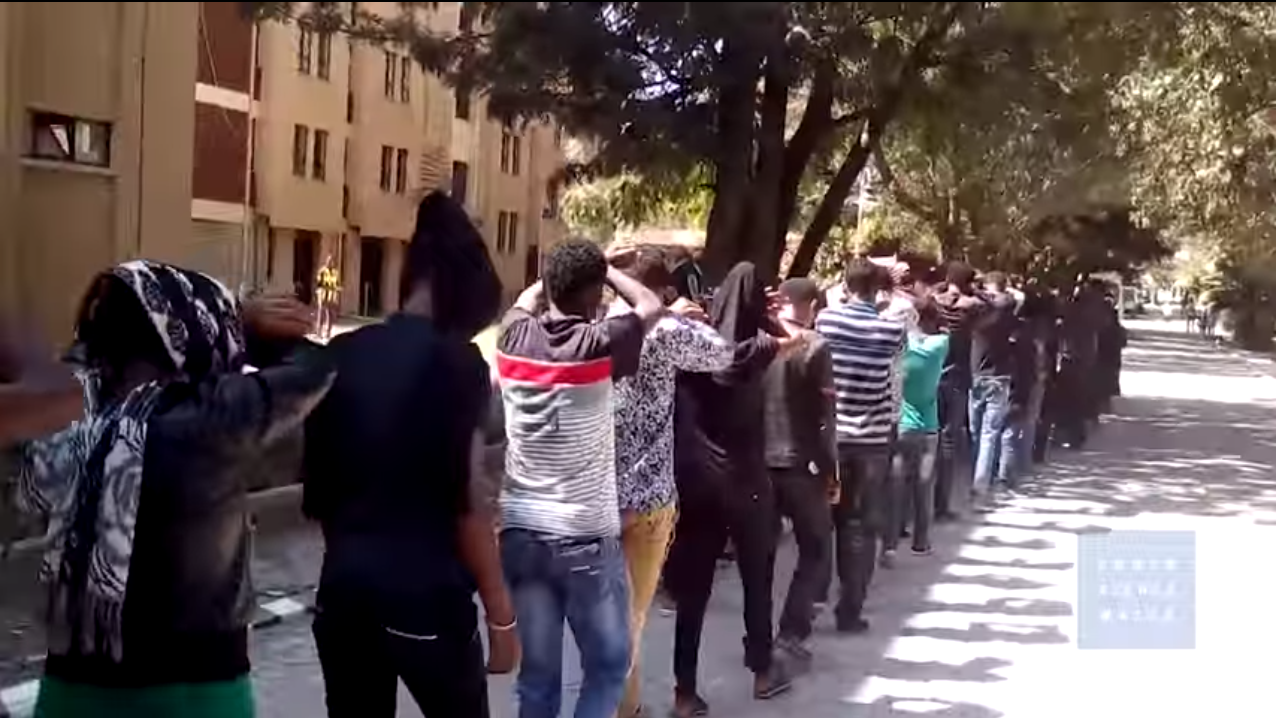 Human Rights Watch says at least 400 people have been killed by Ethiopian security forces since November 2015, during peaceful protests in the Oromia region.

The rights group says many students are among those who have been killed – as well as children – while tens of thousands have also been arrested. Witnesses reveal armed forces have open fire on crowds, beaten demonstrators and tortured detainees.

Protests in Oromia started in November last year over government plans to expand the Ethiopian capital Addis Ababa into the region. The plans were labelled as a government land grab by locals, prompting groups of students and farmers to protest across the region.

Oromia is Ethiopia’s most populous region but locals often claim the government neglects their needs. What started out as protests against plans to extend the capital have become something of a horror show as security forces crack down on people deemed enemies of the state.

The report from Human Rights Watch (HRW) sums up the accounts of 125 witnesses, victims and government officials. It accounts for the human rights violations that took place in Ethiopia since the protests began in November 2015, until May 2016 when the report concluded.

In January, the government was prompted to cancel “the Master Plan” that would see Addis Ababa expand into the Oromia region. However, local grievances at this point had changed from land grabs to the grave human rights violations they had experienced at the hands of their nation’s security forces.

The protests continued – this time against the government’s crackdown on peaceful demonstrations – and the deadly force shown by police and soldiers only escalated. Live ammunition was used on unarmed crowds with security forces firing indiscriminately, according to witnesses.

Locals say warnings were rarely given, attempts to maintain the peace seldom made and non-lethal measures like rubber bullets and water were overlooked.