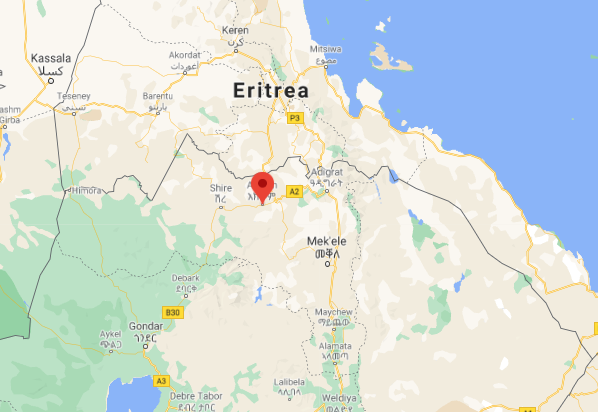 The rights group cites a military operation in the town of Axum, roughly 60 km from the shared border between Ethiopia and Eritrea. It accuses forces from both countries of indiscriminately killing and wounding civilians during a week-long campaign before Eritrean forces killed hundreds of residents in response to a retaliation attack from Tigray forces.

According to an HRW investigation, Ethiopian and Eritrean forces started “indiscriminately” shelling the historic town of Axum on November 19, 2020. The attack killed and wounded civilians prior to the joint forces seizing control of the town, starting a week-long campaign where forces shot civilians and pillaged and destroyed property, including local health facilities.

On November 28, Axum residents and Tigray forces attacked Eritrean soldiers and, in an apparent response to the attack, Eritrean forces executed several hundred residents over a 24-hour period.

“Eritrean troops committed heinous killings in Axum with wanton disregard for civilian lives,” said Laetitia Bader, Horn of Africa director at Human Rights Watch. “Ethiopian and Eritrean officials can no longer hide behind a curtain of denial, but should allow space for justice and redress, not add to the layers of trauma that survivors already face.”

HWR is urging the United Nations to urgently establish an independent inquiry into war crimes and possible crimes against humanity in the Tigray region throughout the civil conflict with Ethiopia’s federal military.