What Would the ICC Mean Without Africa? 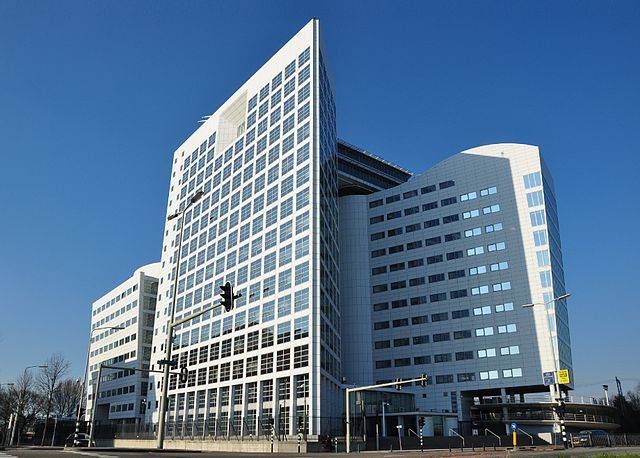 This week, the Gambia became the third African country to announce its withdrawal from the International Criminal Court in the space of a month.

Burundi was the first to go, announcing its plans to leave the tribunal in the early weeks of October. However, it was South Africa’s announcement that delivered the hammer blow. Previously the court’s strongest African supporter, President Zuma turned his back on the organisation after it criticised him for allowing Sudanese president Omar Al-Bashir to visit South Africa, despite an outstanding arrest warrant placed on him by the ICC.

In many ways, it was the turning point. However, Zuma was merely the latest country on a growing list of African leaders with an agenda against the ICC. Now this list is starting to look untenable as three nations withdraw the tribunal in a matter of weeks.

Suddenly, the prospect of African nations leaving the ICC in bulk feels like a genuine possibility. But what would the ICC even mean without Africa?

The ICC: A failed concept from the beginning

The ICC’s jurisdiction was always a talking point – one that only raises more questions as time goes by. All you have to do is look at a map of the court’s official jurisdiction to see how obvious the problem is: 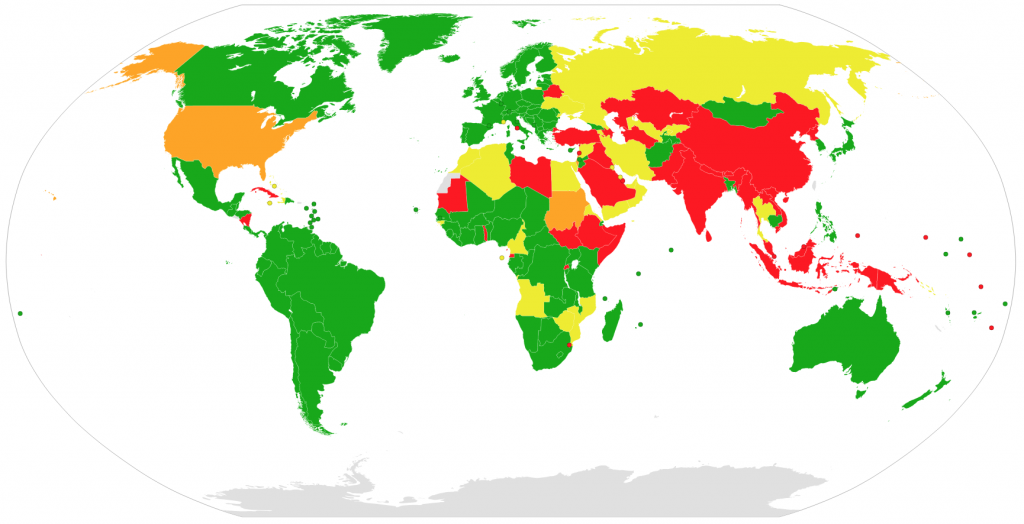 The countries in green are fully under the ICC’s jurisdiction. So, aside from South America and Africa, the court is largely representative of Western powers. Europe, Australasia and North America are all full members – save for one glaring omission in the United States of America.

Most of Asia and other nations highlighted in red are UN members but completely outside of the ICC. Meanwhile, countries in yellow never made their membership official, meaning the court has almost o power in Russia, most of the Middle East and various parts of Africa.

Then we have the nations in orange – most notably the US and Sudan. These are the countries that put the first nails in the ICC’s proverbial coffin. The United States left the International Criminal Court in a compromised position by withdrawing from it while it was in its infancy.

It’s difficult to take the ICC seriously when the world’s most influential foreign policy maker refuses to play any part. Worse still is the reason it pulled out – because it was afraid its own military would be brought up in front of the courts.

One peek at the ICC jurisdiction map and it looks like an organisation crafted by Western powers, designed to police the world. Except, its key player turns around and says sorry, we’re above the rules we set for everyone else – our war crimes don’t count.

No matter how the ICC or United States try to dress up the situation, this is the message they sent out to the world. The International Criminal Court was a failed concept from the beginning.

The ICC’s make up left it with a serious problem to begin with. Take another look at that map and you see almost the entire Middle East and Asia missing from the tribunal’s jurisdiction. Roughly two-thirds of African nations also fall outside while the mighty US and rival Russia are also out of bounds.

Now draw a list of the most severe cases of human rights violations since the ICC’s inception. The Middle East (including US involvement) would have to be the first set of incidences that come to mind – and various of them. Next you would probably think of Africa, where Burundi, South Sudan, the Democratic Republic of Congo, Kenya and a long list of nations continue to raise serious human rights concerns. After that, you could argue either way for Asia and Eastern Europe – the second of which the ICC is finally turning its attention.

The point is: Africa and Eastern Europe are the only regions on that list where the ICC has any jurisdiction at all – and even then it’s fragmented. The truth is, aside from the Middle East perhaps, Africa is the most in need of a tribunal system that can protect its people against human rights violations.

That said, the ICC’s conduct has done itself no favours and ,now African nations are starting to pull out, the tribunal is threatened with basically having no jurisdiction at all.

There’s no doubt the ICC’s reputation is in tatters, but we need to be careful what we criticise it for. It may be true the organisation puts a discriminatory emphasis on African nations. While it’s hard to deny it’s overlooked certain human rights violations committed in other parts of the world.

However, we can’t criticise it for investigating human rights abuses in Africa or anywhere else. If such crimes have taken place, they should be investigated and those responsible held accountable. If anything, the ICC should have initiated more investigations, including those outside of Africa, over the past twelve years.

It may not be able to hold the US accountable for its war crimes in the Middle East but it could have investigated the UK’s role and other allies. These investigations should have taken place and they certainly would have proven the ICC isn’t some buddy group put together by Western powers.

Perhaps worse than the ICC’s blind eye to events in certain parts of the world and its inability to intervene in others, is its failure to prosecute when it does decide to act. The court’s list of successful convictions remains at four and only the last of which – Jean-Pierre Bemba Gombo, who was convicted this year – was a key player in his country’s political elite.

The most damaging thing to the ICC’s reputation is that leaders simply aren’t afraid of it. The embarrassing case of Sudanese president Omar Al-Bashir proves how seriously the ICC is taken in Africa. While the growing discontent shown towards the tribunal shows African leaders feel they no longer need the ICC.

Unfortunately for the International Criminal Court, however, it needs Africa to hold on to any remaining legitimacy it has. Without Africa the ICC would mean nothing.