Is 2019 the year of positive change in the Horn of Africa? 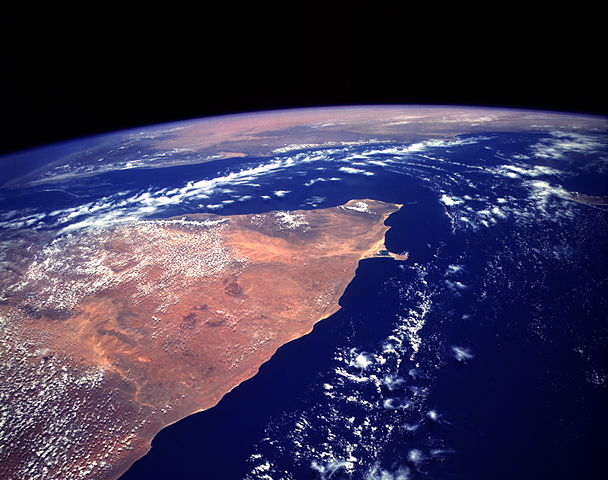 Last year, the geopolitical landscape in the Horn of Africa was turned on its head with the signing of a peace deal between long-time war enemies, Eritrea and Ethiopia. The peace agreement sent a ripple effect throughout the entire peninsula and East Africa, causing shifts in bilateral relations and influence in one of Africa’s most potentially explosive regions.

Constant talk of way has been replaced by conversations about peace, improving human rights and greater economic co-operation. However, there are still some old rivalries that threaten to test the resolve of Horn nations, new rivalries forming and combative political change taking place within many of the region’s countries.

With the current events taking place in Sudan, the ongoing questions about Eritrea’s oppressive regime and the growing ethnic divides in Ethiopia, it’s difficult to gauge how much positive change is taking place in the Horn of Africa right now.

A year of peace between Eritrea and Ethiopia

When Eritrea and Ethiopia signed an unprecedented peace deal last July, the entire world was caught off guard as Africa’s longest-running conflict and one of its most bitter rivalries came to an official end. Few people would have seen it coming but this has been the nature of Ethiopia’s direction since Abiy Ahmed became the country’s new prime minister in April last year.

Peace between Eritrea and Ethiopia is significant enough in its own regard but the implications of their peace agreement were felt across the entire Horn of Africa.

The deal came with economic partnership pledges between the former enemies, most notably the opening of a new port nation for landlocked Ethiopia to work with. The agreement also helped Eritrea and Somalia put an end to their ongoing differences and put the emphasis on Djibouti to work on bilateral relations with Eritrea.

The problem is Djibouti felt betrayed by the peace deal between its biggest economic partner and greatest enemy in the region. The tiny port nation has enjoyed decades of being the only territory in the Horn of Africa stable enough to take advantage of its enviable trade and military strategic positioning.

Greater peace across the Horn of Africa puts Djibouti’s position and all of its economic benefits at risk. At the very least, Ethiopia building port locations in Eritrea reduces its dependence on Djibouti, increase its negotiating power and drive down prices. At the worst, a peaceful and internationally accepted Eritrea could capture the attention of global trade and military partners, putting economic strain on Djibouti, which has failed to diversify over the past 20 years.

While it’s fair to say diplomatic relations have improved on the whole across the Horn of Africa, Djibouti retains the potential to hinder this progress.

What about the situation in Eritrea?

On the international stage, Eritrea’s position has drastically improved since this time last year. The country is now a member of the United Nations Human Rights Council, despite having one of the worst human rights records in the world.

On the one hand, this shows how much Eritrea has stepped out of its own shadow over the past twelve months. The notoriously reclusive state is now working with regional and global partners, instead of shutting itself off from the world.

The economic benefits of this are already becoming apparent with increased trade across the border with Ethiopia and economic partnership deals between the former rivals and there’s a whole world out there for Eritrea to start working with, now that much of the stigma against “Africa’s North Korea” is being challenged.

However, the positive change taking place in Eritrea right now doesn’t appear to be having any benefit on the life of average Eritreans. According to the UN, there has been no improvement in terms of human rights since the peace deal was signed in July last year while the state continues to target Christian groups and government critics.

How much have things improved in Ethiopia?

Ethiopia has played a hand in almost all of the developments taking place in the Horn of Africa. Since Abiy Ahmed came into power last April, he’s transformed the country from one of East Africa’s biggest crises into a leading diplomatic influence, as seen by its heavy participation in mediating peace negotiations between Sudan’s military and opposition groups.

The progress Abiy has made within Ethiopia has been equally staggering but problematic, too. His regime has opened up political freedoms, released thousands of political prisoners and welcomed rebel groups back to the political table. Now, journalists in the country enjoy more freedom than we’ve ever seen in Ethiopia, government critics are allowed to voice their concerns and Abiy’s government negotiates with rivals instead of shutting them down.

Unfortunately, these reforms are being exploited by political radicals who also enjoy new freedoms to recruit and spread their message. Ethiopia’s deep ethnic divides are coming to the fore and, while the majority might want peace, there are always figures on every side looking to push their agenda through conflict.

The recent coup attempt in Amhara highlights how serious the situation is in Ethiopia but it’s by no means the only indication of an ethnic crisis developing in the country since Abiy came into power. Ethiopia’s new prime minister finds himself in a very difficult position, now, where all of the progress made during his first year in charge has also – at least in some part – facilitated the rise of ethnic clashes.

At this point, national security in Ethiopia is starting to approach pre-Abiy crisis levels when the former government maintained a militant iron grip on political freedoms, bringing into question how much of a positive impact Abiy’s reforms policy has actually made.