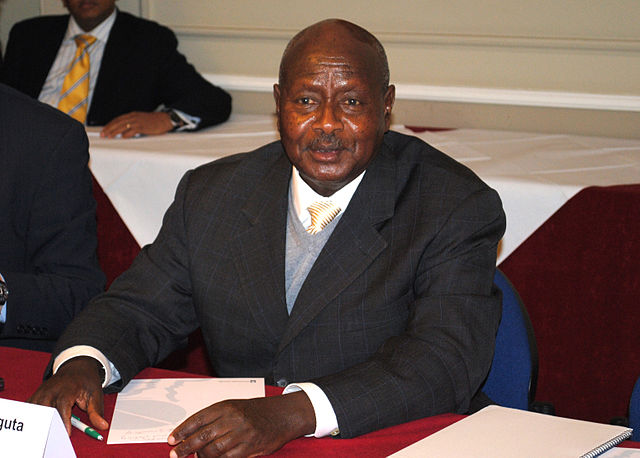 Japan has further committed to invest in the development of Uganda’s infrastructure, following President Museveni’s latest visit to the East Asian country.

Ties between Uganda and Japan reach as far back as 1966, which has seen major developments in the electricity sector and other key areas. And the latest agreement between the two nations will see financial ties take another step closer.

“One of the things we have agreed on during our talks is to promote high-quality infrastructure,” Abe said. “Our country will provide a boost to Uganda’s growth,” he confirmed. Part of the agreement includes loans of up to 20 billion Yen (more than $165 million) to develop roads in the Ugandan capital of Kampala and boost the city’s ability to reach sustainable growth.

Abe also hailed the work of Museveni, who is one of the longest serving leaders on the African continent, since he came to power in 1986:

“Museveni is the dean of Africa and an old friend of Japan,” said the Prime Minister. “Under his leadership Uganda has achieved and enjoyed successive economic growth since the 1990s.”

A call to Japanese firms

Both leaders were also keen to encourage Japanese firms to invest in Africa and support the rapid growth of Uganda – while Museveni expressed his gratitude for Japan’s contributions do far:

“We are grateful to these contributions,” he said. “I would like to encourage Japanese companies to come and invest in Africa. It is the best win-win approach. When those companies make money, we also make money; they create jobs and produce products. Everybody gains.”

The Ugandan President is currently on a four day official visit to Japan, accompanied by First Lady, Janet Museveni. President Museveni publicly thanked the Japanese Prime Minister for the invitation and expressed his sympathy over severe floods that have hit parts of Eastern Japan in recent days.