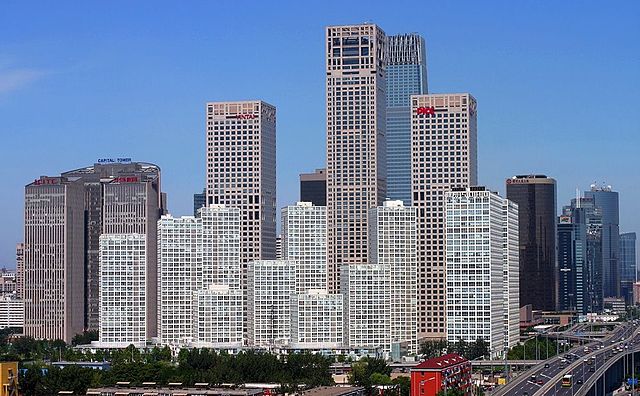 In Tanzania, the government is stepping up its efforts to criminalise homosexuality, prompting a number of foreign donors to withhold aid to the East African nation in light of recent developments and comment from senior officials.

On Tuesday, President John Magufuli responded not-so-subtly by thanking China’s government for supporting Tanzania with aid that “is not tied to any conditions.”

“When they decide to give you, they give you,” he said on his website – the same day he opened a $40.5 million library complex covering more than 200,000 square metres at the University of Dar es Salaam – all funded by China.

Demark and the World Bank have said they will withhold more than $300 million in aid over recent human rights concerns in Tanzania. While this is undoubtedly a loss for the African nation, China only wins as “Western” donors pull out and the Asina powerhouse’s reputation of no-strings lending increases.

This is nothing new, though. China’s involvement in Africa is purely financial and it makes no political demands, unlike Western groups who use finance as a form of leverage to provoke political change across Africa. Now, the debate over whether aid groups, investors and other organisations should try to influence African politics is a debate for another day.

The fact is China doesn’t.

China: Finance without the political demands

According to Moody’s, Chinese lending to sub-Saharan African countries increased to more than $10 billion a year, up from less than $1 billion in 2001. That’s a tenfold increase over the space of just five years and development across Africa is becoming increasingly dominated by Chinese finance.

For African nations, there are no demands for increased democracy and no visible requirements regarding human rights. While questions hang over the political environment in countries such as Rwanda, Tanzania and Uganda, China is happy for these questions to go unanswered while Western nations constantly scrutinise their financial involvement based on government behaviour.

Over the past decade, this has reduced African dependency on the West and the equally the pressure placed on African leaders to follow the democratic model pushed by Western nations. Now there is an alternative source of funds, regardless of how leaders choose to run their country and the West’s influence over Africa has dwindled.

John Magufuli standing up to one of Tanzania’s largest donors and making it clear there are other means of generating finance confirms a dramatic shift – one that’s been developing for a long time now.  For better or worse, African governments are less reliant on the West, albeit at the expense of becoming more dependent in China instead.

However, as Magufuli puts it, Chinese finance comes without conditions – at least at the political level – and this will only make the Asian powerhouse a more tempting proposition for African leaders that don’t want to follow Western ideals.