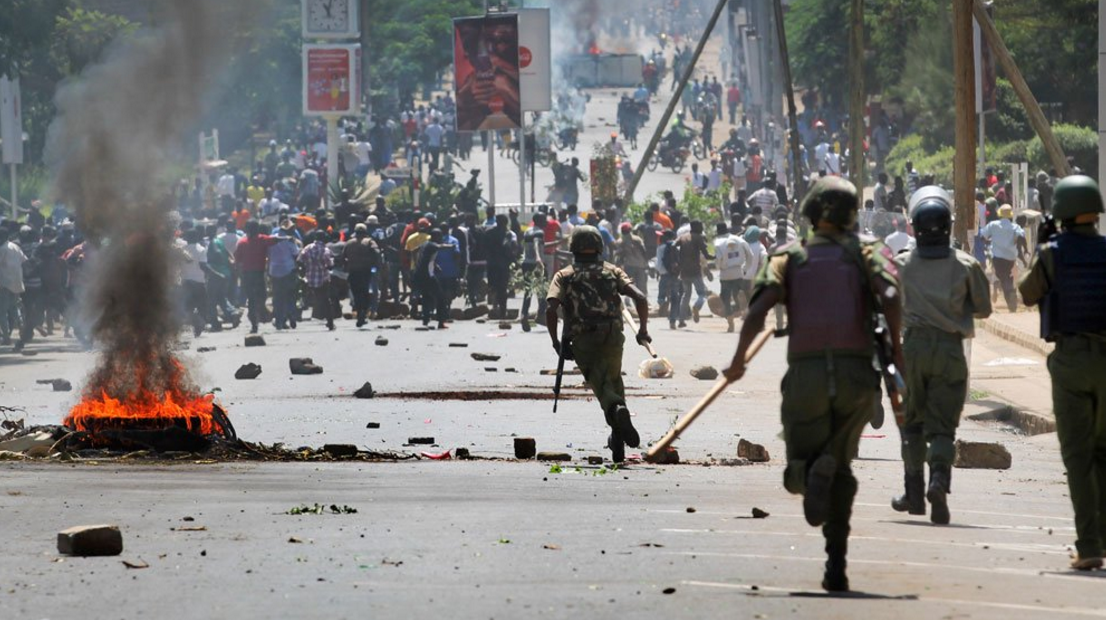 At least two people have been killed and five more injured after Kenyan police opened fire on a crowd of protesters in the western city of Kisumu.

The deaths come after a series of clashes between protesters and police during demonstrations against the country’s electoral commission. Three people were killed in similar protests last month with the police claiming shots were only fired in self-defence. The police is yet to make a statement on the latest killings.

The deaths in Kisumu come after a stern warning from Kenya’s police force. Nairobi’s police chief warned the public to forget taking part in protests “if you value your life.”

“No demonstration. That’s the message. If you have nothing else to do, sleep. It will not be allowed,” he said.

Tensions between protesters and police forces have escalated over recent weeks. Officers have resorted to opening fire on crowds to disperse gatherings, taking violence at the demonstrations to a new level. At least five people have been killed and many more injured by live rounds and tear gas.

Kenya protests: ‘This is not fair. This man has been shot dead while protesting’ https://t.co/QXFZ06hgfF pic.twitter.com/GbiiNQvTje

While fatalities have become an unwelcome addition to Kenya’s latest round of violent protests, police brutality has been present throughout. Locals have taken to social media to show the kind of police tactics they’re dealing with. 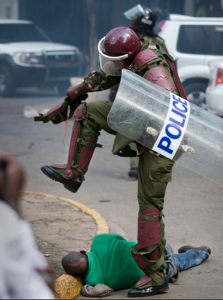 The police have been resolute throughout; the demonstrations are illegal, they will not be tolerated and anyone participating is a criminal.

Calls for electoral commission to be scrapped

The protests source back to calls from Kenya’s main opposition group CORD calling for the electoral commission to be scrapped. They claim the body favours the ruling government and fair elections will be impossible with it in place.

Kenya is set for fresh elections in 15 months time and there are fears a repeat of 2007’s violence could occur. President Kenyatta’s victory was highly contested and the violence that followed killed roughly 1,200 people and forced 600,000 to flee their homes.

The incident was enough for the International Criminal Court (ICC) to indict the president on crimes against humanity – although the charges were later dropped.