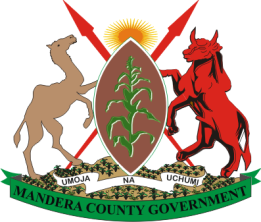 Al-Shabaab has killed at least six people in an attack on two buses in Kenya’s Mandera County.

Reports suggest children are among those who were killed in the attack, which took place on Friday morning. Al-Shabaab has since claimed responsibility for the assault – the latest of its attacks on Kenyan civilians across the Somali border.

“So far we are talking of six dead,” Mandera County Commissioner Fredrick Shisia told Reuters. At around 9.30am on Friday morning Al-Shabaab gunmen opened fire on two buses that were travelling to Mandera town from the capital, Nairobi. A police officer is also said to be among those killed in the attack.

The buses were carrying almost 90 people between them at the time. Five bodies of the deceased have now been airlifted to Nairobi, while two seriously injured people are staying at Kenyatta National Hospital for further treatment. At this stage, there is no confirmation on how many people were injured in the attack.

This latest attack in Mandera comes after five police officers were killed in the same area last week by Al-Shabaab fighters. The county in northern Kenya is a regular target for Al-Shabaab attacks and buses in particular are often singled out.

While Kenya’s security forces have largely removed the threat of Al-Shabaab from its major cities, areas along the border are still at risk. Further south of Mandera lies Garissa, where one of Al-Shabaab’s most infamous attacks on a local university killed 148 last year – most of whom were students.

Garissa County is also home to the world’s largest refugee camp, Dadaab. Kenya is now threatening to close the camp and send more than 300,000 Somalis back to their home country. The Kenyan government says the camp is a threat to national security, although some suggest it should be more concerned about the ongoing attacks in Mandera.