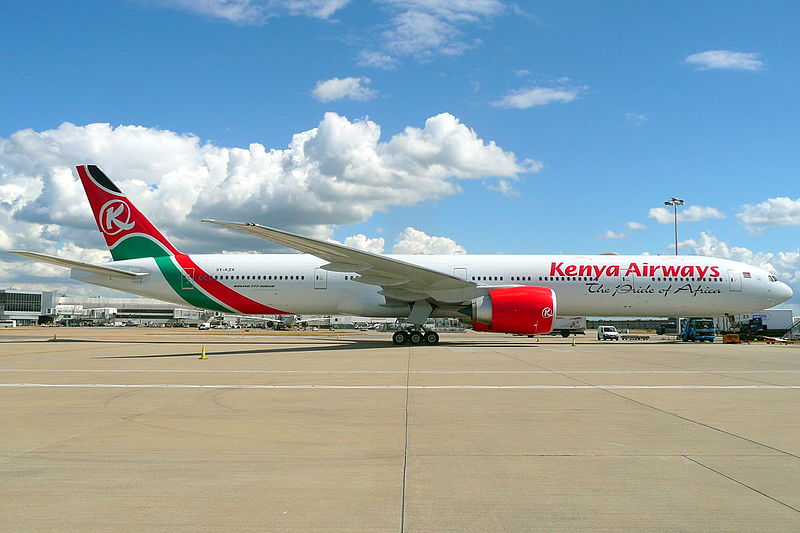 Kenya Airways has announced that it will begin to offer direct flights from Nairobi to Milan. A statement by KQ confirmed that the flights will start from June 8. It is not clear yet how many flights the national carrier intends to fly to Milan.

This will largely depend on the demand on the route. For a start though, KQ is expected to fly two flights in a week. One will be on Wednesday and the other on Sunday. Both these flights will also use the Boeing 787 Dreamliner. The Dreamliner is a large commercial plane with 204 seats in economy class and 30 seats in business class.

Although Kenya Airways will technically be flying directly to Milan, it will not be that straightforward. According to the company, the first flight will depart Malpensa Airport in Milan. It will then make a connecting landing in Rome’s Fiumicino Airport.

The flight will then proceed from Rome to Nairobi. However, the return flight will be more direct. KQ says that the plane will leave Jomo Kenyatta International Airport and head over to Milan without any stopovers.

Kenya Airways has been expanding its route over the years. However, it is in Europe where the national carrier has established its presence. As of now, KQ operates several direct flights from Nairobi to a number of European cities.

They include the Dutch capital Amsterdam, French capital Paris, and London. Milan is just the latest in a long list. KQ did not however say if there were plans to offer more routes in Europe. But since this is a lucrative market, it will be a big priority for the Kenyan national carrier.

The COVID 19 pandemic had a massive economic impact. Different sectors were hit but no doubt the aviation industry suffered the most. With flights grounded around the world, KQ struggled to even maintain its planes. There were even worries that the national carrier could file for bankruptcy.

But this seems to be water under the bridge. As most countries start to ease COVID restrictions, the airline sector is rebounding. KQ is hoping to use this new route expansion to improve revenues. The national carrier will also hope that these latest moves will help it continue its dominance as one of the main airlines in Africa.

Kenya Airways has gone through a lot over the last few years. First, the company is crashing under a mountain of debt. According to the Wall Street Journal, KQ current debt stands at around $1.5 billion. The good news is that efforts by the Kenyan government to bail out the troubled company have started.

In fact, the Kenyan Treasury is allocating millions of dollars each year to prop up the airline. Plans to nationalize the company have also been shelved. This means that KQ can still continue to operate and trade in the Nairobi Stock Exchange.