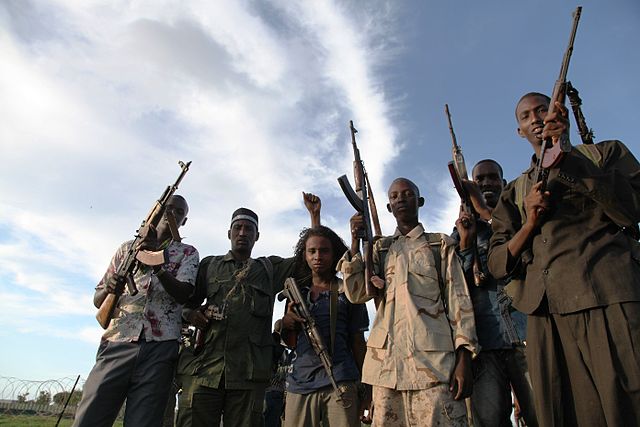 Kenya has joined the Global Coalition against Daesh, an international group of nations standing together in the fight against Islamic State.

The East African nation was formally accepted into the coalition on Tuesday, joining almost 80 countries around the world in an international campaign against terrorism. Kenya has been a regular target for terrorist attacks at the hands of Somali-based militant group al-Shabaab in recent years, although the group has no affiliation with the Islamic State.

By joining the Global Coalition against Daesh, Kenya will benefit from information shared by member nations and the systems they collectively use to prevent the flow of finances to terror groups.

While the coalition focuses on containing the threat of Daesh (also known as Isil, Islamic State or Isis), there’s a collective effort to block the finances of terror groups in general.

Kenya’s largest terror threat comes from Somali-based militant group al-Shabaab. The al-Qaeda affiliated terror group has no links to the Islamic State, having officially rejected the organisation. However, the decision caused a rift among its ranks and led to the formation of an IS-affiliated terror group in Somalia.

While the Pro Islamic State group is significantly smaller than al-Shabaab, its emergence has created a fierce rivalry within Somalia and increased the risk of ISIS spreading across Africa.

A major concern for Kenya is the recruitment of Kenyans into al-Shabaab and their involvement in attacks carried out within the country. Meanwhile, the East African nation is pushing for greater support from the international community – particularly Western members of the Global Coalition against Daesh.

One issue that has been raised multiple times is the issuance of travel warning from the US and UK governments following terrorist attacks in Kenya. President Uhuru Kenyatta has criticised the warnings himself in the past and both governments have pledged to scale down advisories to specific areas rather than blanket restrictions against Kenya as a nation.

Another issue Kenya aims to address is the UN’s classification of al-Shabaab as a militia rather than a terrorist group.