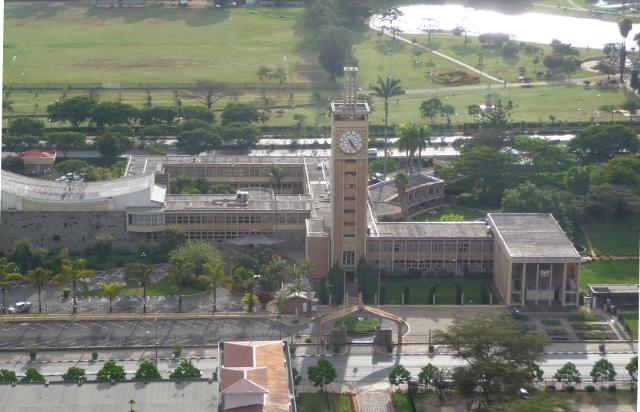 Kenya’s Devolution Cabinet Secretary confirmed her resignation on Saturday, on the grounds of health reasons, following accusations of corruption.

Anne Waiguru said her doctor had advised her on the decision – to request she be relieved from her duties at the Devolution and Planning Ministry. The organisation has faced intense scrutiny in recent months, following investigations into its use of funds.

“I have therefore, following my doctor’s advice, requested the president to relieve me of the responsibilities of the cabinet secretary for devolution and planning and if he find fit, to accord me lighter duties as he shall find appropriate,” she told the press on Saturday.

The minister also expressed her regrets over the mistakes made of officials in various organisations accused of corruption. Pressure had been building on Waiguru to hand in her resignation after allegations of corruption at the National Youth Service surfaced – which led to the loss of Sh791 million (more than £5 million).

The opposition leader claimed Waiguru has been shielded from prosecution regarding the allegations against her, but insisted her resignation was a crucial step in the country’s fight against graft and corruption.

All eyes are now on how President Uhuru handles the situation. Kenya’s leader has been heavily criticised for not suspending Waiguru in the same manner as five other ministers accused of graft earlier in the year. One opposition MP even claimed the president has been protecting the minister because the pair were having an affair.

Waiguru has admitted that mistakes within numerous organisations have led to the squandering of public funds, but denied all involvement.

“Both by law and in practice, I do not procure. I do not purchase anything for the Ministry. I don’t sign or negotiate contracts,” she said earlier this month.

“Kenyan parliament” by Rotsee2 – Own work. Licensed under CC BY-SA 3.0 via Commons.