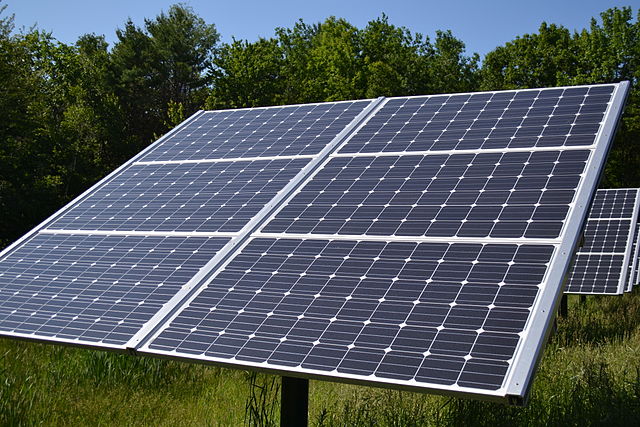 A new law in Kenya that forces property developers to install solar panels on certain buildings has taken effect.

The regulations are part of Kenya’s drive towards green energy, designed to reduce the strain on the country’s national grid, which faces growing demand as the population continues to grow at a rapid pace.

As of May, buildings that require more than 100 litres of hot water per day will be legally obliged to install solar water heating systems. This applies to residential premises; educational and health institutions; hotels and commercial accommodation; restaurants, cafes and other eateries; plus all public premises that need to provide hot water, like laundrettes.

The initiative will soften Kenya’s reliance on hydro and thermal energy with projections suggesting it could reduce carbon emissions by up to 15 percent by 2030.

The Energy (Solar Water Heating) Regulations 2012 were originally passed five years ago but a grace period means they only come into effect as of this month and many experts say the timing couldn’t be better.

Time to ‘ease the pressure’

Agnes Kimani, who is the marketing manager for Chloride Exide Kenya, told the East African that the law comes into effect at the ideal time, following increased pressure placed on the national grid and energy demands in Kenya continue to grow.

“The national grid is feeling the strain of increased demand and we expect solar to ease the pressure,” she told the publication.

Ms Kimani says it costs an average of $1,100 to install a solar water heating system in a three-bedroom house. For commercial properties like schools and hotels, the cost will be more in the $10,000 region, but this depends on the number of people that needs to be catered for and the level of use.

Meanwhile, the Energy Regulatory Commission (ERC) insists it intends to enforce the regulations, which would put Kenya at the forefront of green energy laws in East Africa.

“From May this year, we will start enforcing the regulations and we expect full compliance,” ERC’s acting director general, Robert Oimeke, said.