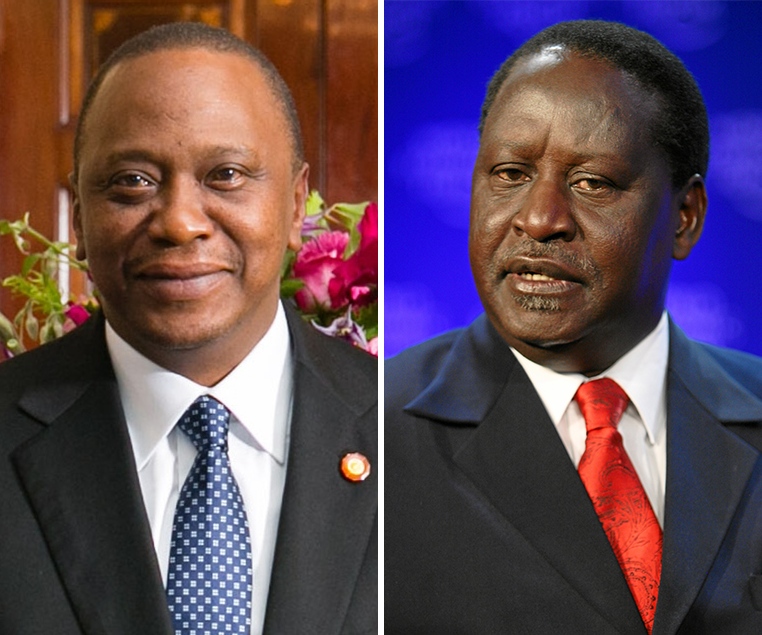 Raila Odinga has responded to calls from foreign envoys for his party to recognise President Uhuru Kenyatta’s legitimacy by telling them to stay out of Kenya politics.

Eleven western envoys to Kenya called on the opposition leader to accept the president’s position in power and push for dialogue between NASA and the government. However, Odinga has responded by telling them to “stop interfering with our business”, insisting the country is no longer part of a colony.

Led by US Ambassador to Kenya Robert Godec and his British counterpart Nic Hailey, the group of envoys expressed concern over recent events in Kenya, calling on the opposition leader to recognise Kenyatta’s position as the country’s government and push for dialogue between the two parties.

However, NASA leader Odinga called the envoys “hypocrites” and told them to stay out of Kenyan politics.

“Those envoys are hypocrites. Stop interfering with our business in a colonial way. We will not accept to be colonised again,” he said.

“We want to tell them in clear terms that Kenya is an independent state and Kenyans themselves know whom they elected. They should only be observers. Kenyans have never dictated to the US who their President is. We’ve never told the British who their Prime Minister is.”

The envoys’ comments follow a swearing-in ceremony held by NASA last month, calling Odinga “the people’s president” and the rightful winner of last year’s presidential election. The government reacted by shutting down a number of TV stations that attempted to broadcast the event and arresting a number individuals involved.

Miguna Miguna, a lawyer who participated in the ceremony was arrested and deported to Canada.