Kenya: Odinga vows to inaugurate himself as the ‘people’s president’ 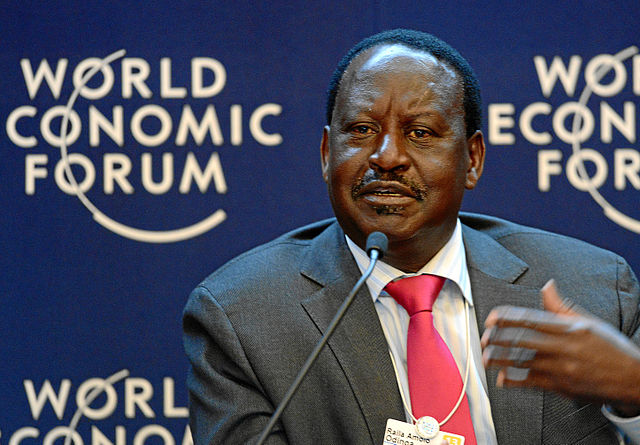 Kenyan opposition leader Raila Odinga has vowed to inaugurate himself as the “people’s president” by the end of January, unless there is dialogue between himself and President Uhuru Kenyatta.

The NASA leader postponed a swearing-in ceremony for himself last month amid tensions following Kenya’s turbulent presidential election, which he ultimately withdrew from. However, the opposition leader now says a ceremony will be held on January 30 if talks between him and the president aren’t arranged.

Opposition leader Odinga confirmed to VOA that his party will hold a swearing-in ceremony declaring him as the “people’s president” but denied that the move has anything to do with trying to negotiate for power with President Kenyatta.

“So, we’re not using the swearing-in as a basis of negotiating with Uhuru Kenyatta,” he told VOA. “We have said in fact that we don’t want any stake in Uhuru Kenyatta’s government. We want to be the ones who are in government.”

Despite insisting he wants nothing to do with Kenyatta’s government, Odinga says his opposition party is seeking dialogue with the ruling Jubilee party. He says NASA wants to discuss five key topics with the president: electoral justice, judicial independence, police reforms, devolution of power and restructuring the executive in the constitution, according to VOA.

If these discussions don’t take place by January 30, Odinga says NASA will swear him in as the country’s rightful president and release its party program.