In Kenya, patients are dying as doctors’ strike runs on 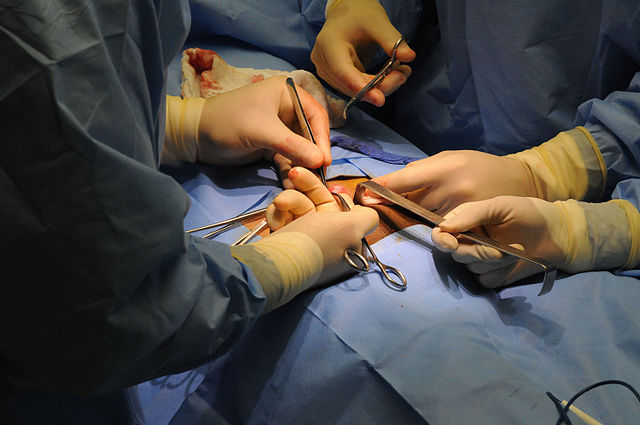 Patients in Kenya are dying as doctors in the country continue to strike over an unfulfilled agreement with the government, signed in 2013.

Doctor’s in Kenya’s public facilities have been on strike since December, refusing to return to work until the government implements the agreement in question, despite union leaders being jailed last month.

A growing number of people are coming forward to say their loved ones have died due to a lack of medical assistance during the strike. VOA ran a feature last week citing relatives of cancer patients who lost their fight against the disease.

“If it were not for the strike, I would have not lost my son,” one mother told VOA.

Many cancer patients have had their treatment interrupted by the strike, with deadly effect in some cases.

The country’s emergency services are also struggling to cope with the strike. Another mother recounted how her son was hit by a speeding vehicle and when she found him in hospital twelve hours later, he had only received basic first aid.

“He could not move or talk,” she told VOA. “He was just lying there.”

The mother was advised to move her son to a private hospital but he died before he could be moved.

Despite the growing reports of patient deaths during the strike, doctors in Kenya are holding firm. Talks to end the three-month strike failed on Tuesday, after the government refused to meet their revised demands.

Doctors in Kenya reportedly downsized their demands on two occasions over the last week, but an agreement is yet to be reached. The government insists that increasing doctor wages and staff numbers will cost as much as the entire national budget.

Kenya Medical Practitioners and Dentists Union spokesperson Dr Davis Ombui says he empathises with those affected by the strike.

“So far, we actually empathize with the situation,” he told VOA. “We know many Kenyans are losing their lives. Even us as doctors, we have relatives, we have friends, we have family and it has affected us all. But the narrative we are sticking to is that we cannot go back and supervise deaths as it were.”