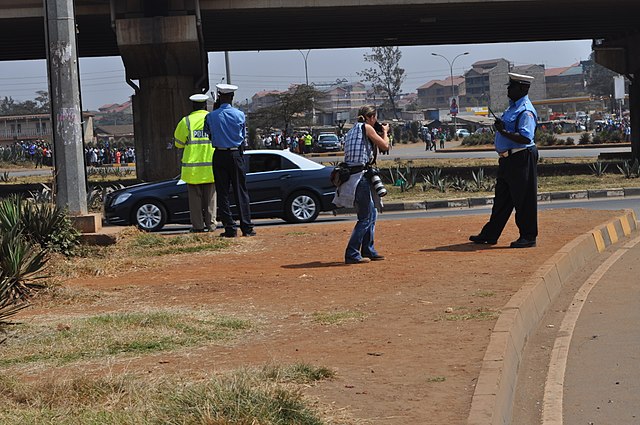 Police in Kenya fired teargas and violently dispersed hundreds of people participating in peaceful demonstrations on Wednesday, calling for an end to violence against protesters in Sudan.

The protests were held in the Kenyan capital, Nairobi, in a show of support for Sudan’s opposition groups who are fighting for democracy after former president Omar al-Bashir was ousted by the military in April. However, Kenyan police gave protesters in Nairobi a taste of what their Sudanese counterparts are experiencing by using force to break up the crowds.

Human Rights Watch (HRW) has called upon Kenyan authorities to respect the rights of protesters, following the crackdown. Activist Julius Kamau and Kenyan Human Rights Commission (KHRC) deputy director Davis Malombe are among those who were arrested on Wednesday while KHCR director George Kegoro said they were granted a permit for the demonstration.

This didn’t stop police intervening, though.

“We were able to march only about 20 meters before they started charging us and throwing teargas,” Kegoro told Human Rights Watch. “The officer in charge told us to go picket at the Sudanese Embassy instead because the Kenyan government is friendly to the government of Sudan, so the demonstration shouldn’t be carried out on Kenyan soil.”

This is the second time in recent weeks that police have dispersed Sudan solidarity protests in Kenya. Despite the right to peacefully protest being part of Kenya’s constitution, authorities continue to prevent demonstrations from taking place.