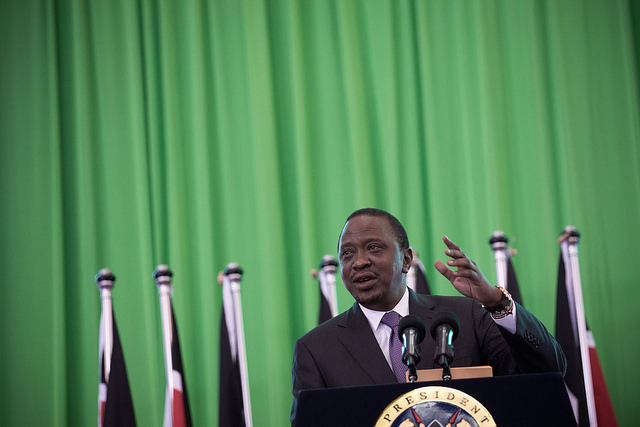 Kenya President Uhuru Kenyatta has urged the country’s citizens to arrest those suspected of corruption.

Kenyatta, whose regime has been labelled by critics as the most corrupt since Kenya gained independence from Britain in 1963, is calling on young people to make citizen’s arrests of those believed to be involved in corrupt activities at all levels.

Speaking in the western Kenya town of Kisii during festivities to mark International Youth Day, President Kenyatta told young people they should not be afraid to arrest powerful people and take them to police if there is reason to suspect their involvement in corruption.

“The power is in your hands to end this vice in this country,” he said.

The president has been widely criticised for failing to deal with endemic corruption in the country and his latest remarks have been met with scepticism also. Kenya’s police force is notoriously corrupt and the prospect of citizens dragging wealthy, powerful figures to police stations appears futile.

Very few people are ever prosecuted for corruption in Kenya and cases are generally pursued or dropped based on who can pay the largest bribes demanded by authorities.

While there has been an uptake in arrests related to corruption in recent months, this is nothing new. Following the 2015 corruption scandal over millions of dollars worth of missing funds meant for the national Youth Service, 23 out of 26 people charged with corruption were acquitted.

Now, 57 officials from the same department allegedly involved in the theft of millions have been arrested but authorities are yet to prove they are capable of convicting officials involved in cases of corruption.