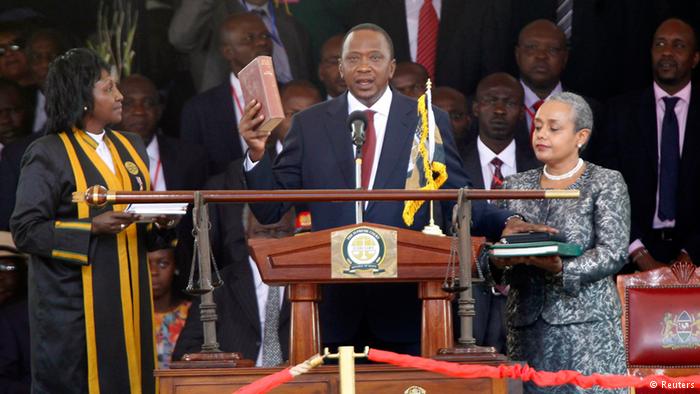 Kenya President Uhuru Kenyatta has condemned the killing of 15 Tanzanian soldiers in the Democratic Republic of Congo (DRC), who were operating as part of a United Nations peacekeeping mission.

On Thursday, a local Islamist militant group killed the peacekeepers and injured more than 50 in the deadliest attack against the UN since 1993. Many of those injured are in critical condition, meaning the death toll could still rise.

Uhuru Kenyatta has condemned the attack in a letter sent to Tanzania President John Magufuli.

Tanzania is one of the largest contributors to the UN’s peacekeeping mission in the DRC. Tanzania dedicates more than 1,200 troops to the United Nations Organization Stabilization Mission in the Democratic Republic of the Congo (MONUSCO).

Meanwhile, the majority of Kenya’s peacekeeping responsibilities lie elsewhere in Africa although Tanzania’s neighbour does contribute a small number of troops and police to MONUSCO as well.

Local sources say Kenya President Uhuru Kenyatta sent a letter to his Tanzanian counterpart John Magufuli regarding Thursday’s incident. Kenyatta condemned the attack and promised to continue supporting Tanzania and the UN in the DRC.

Attack blamed on the ADF

The UN has blamed Thursday’s attack on the Allied Democratic Forces (ADF), believed to be the largest Islamist militant group operating n the DRC. The group has launched a number of deadly attacks in recent months and authorities say Thursday’s incident demonstrated a well-planned, coordinated operation.

At least 26 people were killed in an attack targeting civilians near Beni in October. While two peacekeepers were killed and several wounded in a separate attack also blamed on the group. In September, a group of peacekeeper was shot dead during a gunfight with the militant group.