Kenya President Lands in Paris Ahead of Climate Talks 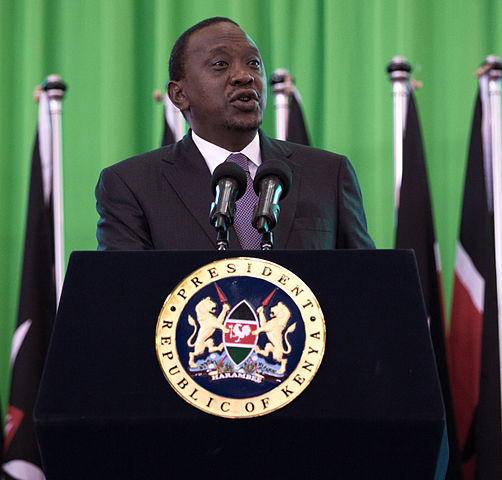 Kenya President Uhuru Kenyatta arrived in Paris on Sunday, ahead of the 2015 Climate Change Summit, which begins today.

Eyes on Paris once again

The summit has all eyes on Paris once again, little more than two weeks after the terrorist attacks which rocked the city, entire country and beyond. US President Barrack Obama has been among the leaders paying tribute to the victims in Paris ahead of the summit.

Meanwhile, some have said the Paris attacks will make a deal more likely, after UN Secretary General Ban Ki-moon claimed there could be a direct link between climate change and the rise of terrorism.

While the global focus is on recent events in Paris and the climate deal expected to be agreed, media back in Kenya has a wider set of concerns to consider. While Kenya largely relies on the action of other nations to curb the impact of climate change, the country is struggling to help itself out of a corruption crisis.

President Kenyatta has been talking tough in recent months as the scandals continue to mount, but remains largely criticised for failing to take any real action. A key issue for Kenya right now is the reduction of public spending as the country’s economy becomes increasingly fragile.

The government’s decision to send a team of more than 41 personnel, to attend the summit in Paris, has done little to improve Kenyatta’s image. Calls to explain the decision have been left unanswered, less than a month since austerity measures were brought in to address the nation’s cash crisis.

“Uhuru Kenyatta speaks during the opening ceremony of the Pre-Global Entrepreneurship Summit” by MEAACT Kenya – https://www.flickr.com/photos/meaact/19327508203/. Via Commons.