Kenya: US suspends aid to Health Ministry over corruption 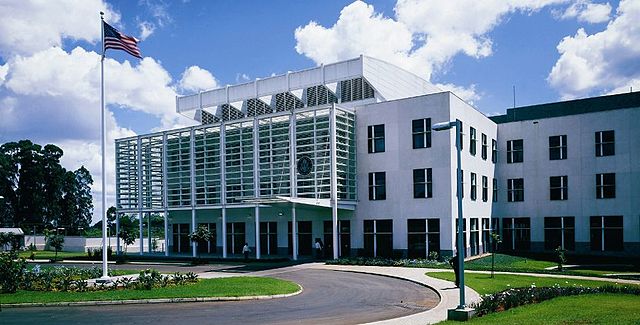 The US has suspended direct financial aid from being sent to Kenya’s Health Ministry over reports of corruption.

The US embassy in Kenya announced on Tuesday that the country’s Ministry of Health will no longer receive $21 million in aid as the topic of graft garners more attention in the build-up to elections in August.

“We took this step because of ongoing concern about reports of corruption and weak accounting procedures at the Ministry,” a statement from the embassy said on Tuesday. “We are working with the Ministry on ways to improve accounting and internal controls.”

Dubbed the Afya House scandal – after the building where the Ministry of Health is located – claims of corruption were revealed in a leaked audit report back in October last year.

The Quality Assurance audit by the National Treasury revealed the Ministry of Health could not account for 5 billion Kenyan shillings ($49 million) while funds meant to provide free maternity care had been diverted elsewhere, according to media reports at the time.

The US government’s announcement comes at a time when graft is a sensitive topic in Kenya. President Uhuru Kenyatta, who is running for a second term in office, has struggled to make the kind of impact against corruption many expect from the county’s ruling party.

In October, the president came in for widespread criticism after he told the public he could not tackle corruption because his “hands are tied”. It was the second time he made such a statement in the space of six months.

Last year the anti-corruption commission claimed it loses $6 million of its own budget per year, due to graft.

Doctors and nurses in the country say corruption often leaves hospitals without basic equipment, including medicine and gloves. Kenya’s doctors returned to work in March after protesting since December over wages and working conditions.