Kenya vows to remain in AU Mission in Somalia 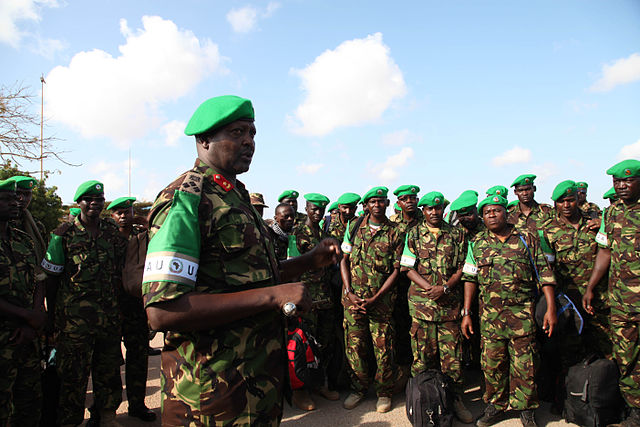 Kenya President Uhuru Kenyatta has said his country’s forces will remain part of the African Union Mission in Somalia (AMISOM).

Kenyatta says Kenya will continue to support the mission until neighbouring Somalia is secure, despite diplomatic tension between the two countries escalating in recent months. Kenya was the only country in the region to recognise the result of disputed elections in Jubaland, which the Somali government itself has refused to recognise.

Kenya vows to remain in AMISOM

Kenya and Somalia have agreed to normalise relations after months of diplomatic tension. The two nations have a number of differences, including a maritime border dispute and, more recently, Kenya’s support for the administration in Jubaland, which the Somali government refuses to recognise as an autonomous region.

Kenya and Somalia share a complex relationship and, despite numerous differences, the two countries need each other. Somalia can’t handle the fight against al-Shabaab alone and Kenya has been instrumental in efforts against the terrorist group. While Kenya itself is first in line to suffer from insecurity in Somalia – a point proven by a string of deadly al-Shabaab attacks staged on Kenyan soil over the years.

AMISOM ties the two countries together but the issue of Jubaland has been a key source of tension for many years. The UN has warned the disagreement over August’s leadership polls in the region could lead to violence, division and external interference.