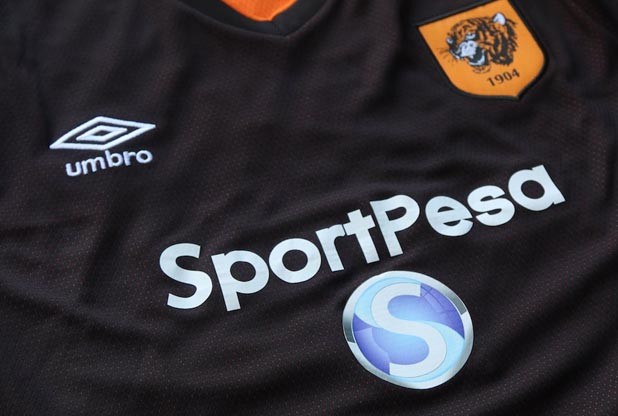 Many Kenyans are criticising the firm for choosing to invest in the UK, rather than its home nation. After rapid growth since 2014, the company now has its sights set on expanding overseas – prompting a mixed reception in Kenya.

‘By far the largest’ deal in Hull history

While the terms of the deal are undisclosed, the three-year contract is being described as the biggest in the football club’s history.

“The deal is by far the largest in our history and a sign of our ambition to grow our Club and become a household name in our sport globally,” said a Hull City statement.

Founded in 2014, SportsPesa has enjoyed rapid growth in Kenya. It’s now estimated to have a monthly net revenue of $10 million and the firm isn’t done yet.

“[We] will now be available in the United Kingdom and later in the year present in several African countries,” SportsPesa chief executive Ronald Karauri said. He also expects the brand to have a presence in “at least four continents” in the next year.

So it’s good news all round for Hull City and SportsPesa but not everyone in Kenya is celebrating.

Many Kenyans have taken to social media, criticising the company for investing in a foreign team. There’s a sentiment the brand owes its growth to Kenyans and encouraging gambling in the country. Many feel the firm should be more concerned about giving back to the country that made it before investing overseas.

instead of promoting the local football they go all the way to Europe, please Kenya boycott sportpesa

@SportPesa could at least done something for Kenya after suckling so much from them and not in England.like a state of the art stadium.

@MyGovKe@Sportspesa Instead of developing youth sports in Kenya u r taking money to UK.Hull doesnt need kenya’s sponsorship.Who needs who.

In fairness to the betting firm, it does invest in Kenyan football, too. Last year, the company signed a $4.4 million deal to sponsor the Kenyan Premier League, where it also sponsors two teams.