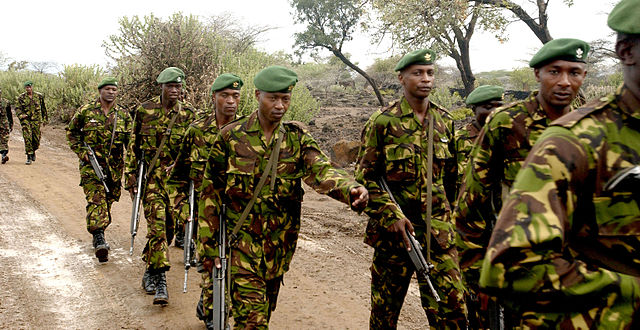 Kenyan troops have destroyed an Al-Shabaab base in Somalia, killing 15 militants, it was announced on Sunday.

A Kenya Defence Force (KDF) spokesman revealed troops launched an attack at the base, located in Yantooy, as part of the ongoing African Union mission against the militant group in Somalia.

The KDF attack is part of a larger operation to prepare for the capture of Jilib, the last remaining Al-Shabaab headquarters in Lower Shabelle. Yantooy’s strategic location across the river Jubba saw it become the main base for Al-Shabaab forces looking to cross into Lower Jubba, en route to the Kenyan border.

Two Al-Shabaab boats were also confirmed to have been destroyed in the attack, as they attempted to cross the river into Lower Jubba. It was also revealed further airstrikes are being planned in order to finally seize Jilib from Al-Shabaab forces.

Kenya’s feud with the Al-Shabaab

Kenya’s battle gainst the Al-Shabaab goes beyond simple peacekeeping missions, after years of deadly attacks by the Somalia-based Islamist group, which have killed hundreds across the Kenyan border.

Between 2011 and 2014 an upsurge of Al-Shabaab attacks in Kenya plunged the country’s national security into crisis. Aside from the lives lost and damage caused, a collection of travel warnings from the UK and other countries hurt Kenya’s tourism industry – something it hasn’t yet fully recovered from.

The Westgate Shopping Mall attack on September 21, 2013, killed at least 67 people, while 148 were killed in an assault on Garissa University College earlier this year.

The series of Al-Shabaab attacks in Kenya came after the KDF moved into Somalia to assist its neighbour’s fight against the militant group. Kenya has since been deemed a direct enemy of the Al-Shabaab – with deadly consequences – but the group is now largely pinned back into rural areas of Somalia. This latest victory in Yantoy is another step in what many consider to be the final push against Al-Shabab forces in Somalia.