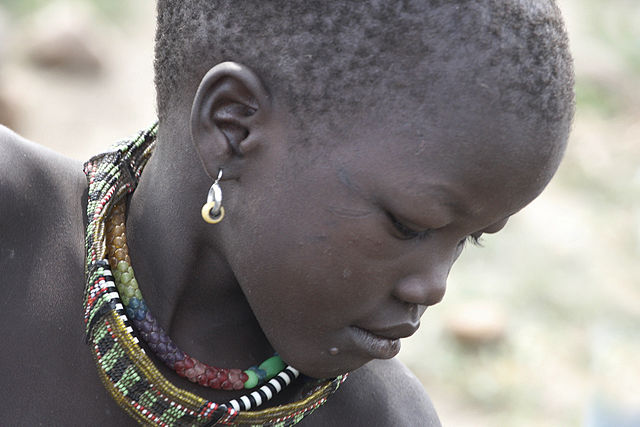 On Thursday, Human Rights Watch (HRW) called on South Sudan’s government to stop delaying the creation of a hybrid court to deal with human rights violations during the country’s civil conflict.

“Four years into the conflict, both parties continue to commit grave human rights crimes against civilians,” the rights group said in a statement.

Then, on Friday, Amnesty International said global action is needed to bring an end to the ongoing human rights violations taking place in South Sudan.

“Coordinated and sustained international action is needed now more than ever to end the suffering in South Sudan, especially as the rainy season ends and the dry season begins, heralding an escalation in fighting,” said Sarah Jackson, Amnesty International’s Deputy Regional Director for East Africa, the Horn and the Great Lakes.

As South Sudan’s civil conflict enters its fifth year, the country’s government continues to trivialise human rights. In almost half a decade it has shown no intention of protecting the lives of its citizens and pressure from the international community to change this has been modest, to say the least.

Amnesty International is one of various organisations to confirm that government and opposition forces are blocking essential food aid from reaching those in need in parts of South Sudan. In Equatoria, the rights group found that forces “systematically looted food from markets and homes, and targeted civilians carrying even the smallest amount of food across frontlines.”

Last month, a UN report accused South Sudan’s government of using food as a weapon against its citizens.

“The government has during much of 2017 deliberately prevented life-saving food assistance from reaching some citizens,” the monitors wrote in a report to the UN, according to Reuters. “These actions amount to using food as a weapon of war with the intent to inflict suffering on civilians the government views as opponents to its agenda.”

“Food has been used as a weapon of war, and as a result today approximately 4.8 million people are considered to be food insecure. This state of affairs will continue, unless speedy action is taken to end the humanitarian crisis,” she said.

On Friday, the United Nations Children’s Fund (UNICEF) published a new report outlining the impact of South Sudan’s conflict upon children in the country. Entitled Childhood under Attack, the report provides a harrowing picture of the future for children in the war-torn country:

UNICEF says more than half of the country’s children are being affected by the conflict in some way. From enforced recruitment to food shortages and the loss of schooling, the organisation says South Sudan’s civil war is “threatening an entire generation.”

With more than half of the country’s children suffering and millions of adult lives also affected, South Sudan’s government is doing nothing to protect its citizens. Quite the opposite, in fact. It continues to systematically target citizens during counterinsurgency operations, showing no hesitation for the innocent lives caught up in the process.

The August 2015 Agreement on the Resolution of Conflict in South Sudan (ARCSS) states that a hybrid court should be established in the country – a joint organisation comprising of African Union and South Sudanese officials. It would be tasked with trying those guilty of human rights violations during the country’s civil war.

However, the government has failed to establish the court, consistently failing to meet deadlines while troops continue to commit violent crimes against the people. Time and again, the government has shown it has no intention of preventing human rights violations from taking place or prosecuting those guilty of committing them.

“The government has consistently let deadlines slip while its forces commit crimes with impunity” said Mausi Segun, Africa director at Human Rights Watch. “The people of South Sudan deserve justice, not a chain of broken promises, and so the international community should impose consequences.”