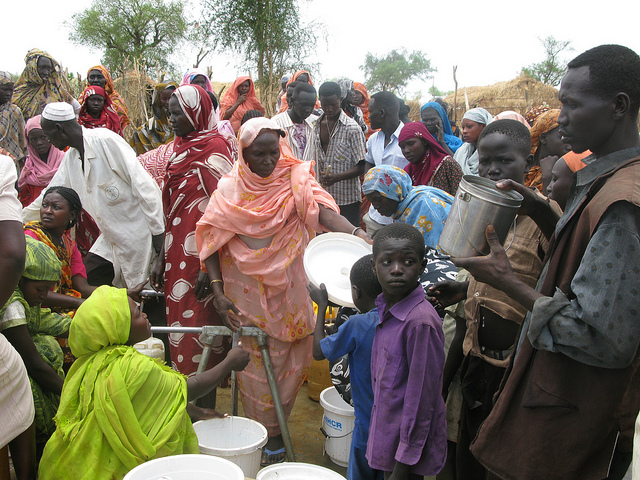 Sexual violence has become so common in South Sudan that mothers in the country are teaching their daughters how to survive being raped, according to Yasmin Sooka, chair of the UN Commission on Human Rights.

Speaking to the Human Rights Council in Geneva earlier this month, Ms Sooka spoke of the horrific violations taking place against women and girls in South Sudan as a culture of sexual violence continues long after a peace deal signed last year brought an end to military conflict.

“The risk of rape is so high in going out of the Protection of Civilians sites to forage for food and collect wood that they have had to teach their daughters how to respond to their rapists… to minimize the violence,” Yasmin Sooka told the Human Rights Council in early March.

Throughout South Sudan’s civil conflict, civilians have been routinely targeted by armed groups and the UN has previously described the level of sexual violence as “endemic”.

Ms Sooka told the Commission that women have been the worst affected by South Sudan’s conflict, pointing to investigations revealing large numbers of women who have been raped at the hands of both government forces and opposition troops – sometimes multiple times.

“No one is safe – not young boys, the elderly or the disabled, as the belligerents break every societal norm that has long held the people of South Sudan together.”

Targeted attacks, a tactic of war

Accounts of sexual violence in South Sudan are nothing new; rights groups have been warning about the extent of attacks against women for years. In 2017, Amnesty International reported that “thousands of South Sudanese women and girls, and some men” had been raped in “ethnically-charged” attacks.

The ethnic nature of these attacks shouldn’t be ignored, either. As Yasmin Sooka told the UN Human Rights Council earlier this month:

“These are not random incidents of sexual violence but a systematic widespread pattern and characteristic of the conflict in South Sudan, where rape and sexual violence are used as a tactic of warfare against women and girls by all of the warring parties to sow terror and fear amongst the civilian population.”

These aren’t opportunistic acts carried out in the lawless environment of war; they’re ethnically-motivated attacks that were used as a tactic of war and continue to terrorise local communities, despite the signing of last year’s peace deal.

The UN has warned the ongoing “widespread” human rights violations taking place in South Sudan may amount to war crimes. While the organisation acknowledges the progress made over the past year with regards to implementing the country’s peace deal, it condemns the impunity human rights violators continue to enjoy in the country.

“We do acknowledge the efforts of the Government to hold some perpetrators accountable for gross violations of human rights and serious violations of international humanitarian law,” UN Commissioner Andrew Clapham said in Geneva in February.

“However, we also have to note that pervasive impunity remains the norm.”

The UN is urging South Sudan’s government to investigate cases of human rights violations and hold perpetrators accountable for their crimes. However, the government continues to shrug off revelations of human rights violations. Responding to Yasmin Sooka’s comments earlier this month, South Sudan’s justice minister, Paulino Wanawilla Unango, said the government was surprised by her comments, denying any knowledge of the issue.

“I was a little bit surprised,” he told the UN Human Rights Council “the chairperson went on again to state dramatically a serious situation of rape and gang rape, attacks and other things continuing.”

“We don’t know about the issue of raping and gang-raping.”

Instead of acknowledging and dealing with the pervasive issue of sexual violence in South Sudan, the government is asking for funds from the international community to implement its peace deal – a peace deal that clearly doesn’t involve holding human rights violators to account.

Speaking on International Women’s Day, Diplomat at the UK Mission to the UN leading on African issues, Jessica Philips, reiterated the South Sudanese government’s failure to address the ongoing persistence of sexual violence and other human rights violations.

“We cannot accept these brutal acts committed against mothers, sisters and daughters and we cannot allow impunity to persist,” she told the UN Security Council.

“Despite calls for the Government of South Sudan to take action to identify those responsible and hold them to account, this has not happened. Instead, in some instances, the organisations that provide support to the victims have come under attack by the Government,” she added.

“We call on the Government to uphold its responsibilities to protect civilians, and to thoroughly investigate all instances of sexual violence and bring those responsible for these crimes to justice.”