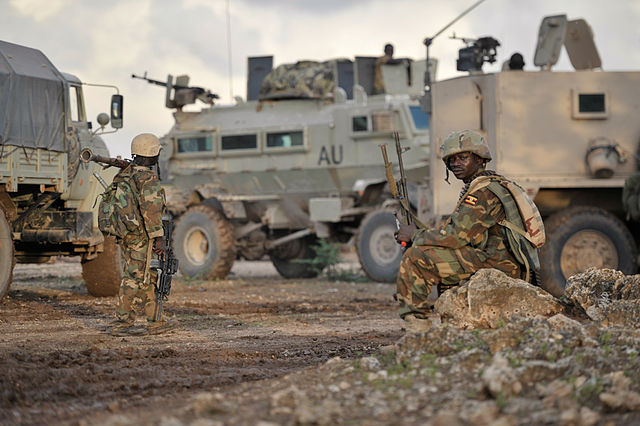 Speaking at his inauguration ceremony, the new army chief praised the work of his predecessor, Dahir Aden Elmi, and promised to carry on their “achievements” against rebel forces – most notably the Al-Shabaab.

“I promise that my team and I will continue from the achievements reached by our colleagues,” he said. “The battle against our enemies will continue and we hope to defeat them entirely.”

The general also called on Somalia’s different security sectors to cooperate in the struggle against militant groups. The country’s national army was torn apart in 1991, after dictator Siad Barre’s regime was toppled, and decades of clan rivalries have weakened the nation’s army.

Somalia has largely relied on military support from neighbouring countries and UN member states. British Prime Minister, David Cameron, announced on Sunday that 370 troops will be sent to aid Somalia in it’s efforts to stabilise the region.

Somalia’s fight against the Al-Shabaab

General Ahmed was appointed as Somalia’s new chief of army after Al-Shabaab fighters seized and raided a military base in earlier this month, killing more than 10 soldiers. The deadly attack prompted Somalia President Hassan Sheikh Mohamud to take a public stance and appoint the new army chief.

General Ahmed graduated from Egypt’s military academy and trained in both Moscow and the U.S. He faces a tough fight against Al-Shabaab, a militant group with links to Al-Qaeda, which has carried out a string of attacks against Somalia’s UN-backed government.

The group is also believed to be responsible for numerous attacks in Kenya, while Uganda recently warned about potential attacks on Mosques during the Eid Al-Adha holiday period – as revenge for deploying troops in Somalia.