What next for the DRC if election goes ahead, as promised? 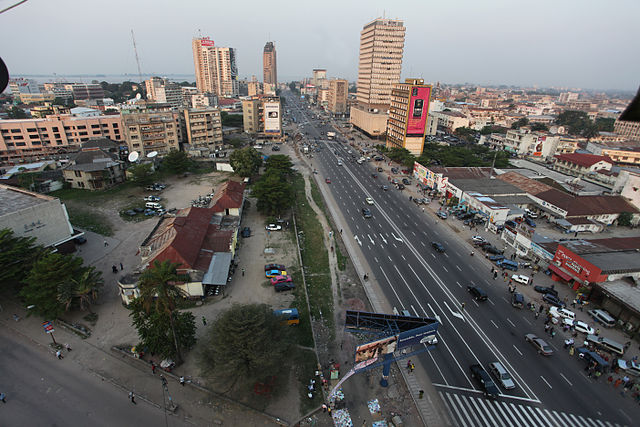 Last month, the DRC’s minister of communications, Lambert Mende, said the country’s president, Joseph Kabila, has no intentions of running in elections scheduled to be held in December this year. According to Mende, Kabila has never intended to seek a third term in power or push for the constitutional changes that would legalise another election campaign.

So, if all goes to plan, the Democratic Republic of Congo will hold its belated election on December 23 – more than two years after they were originally scheduled (27 November, 2016).

Mende says Kabila will name his successor to lead the People’s Party for Reconstruction and Democracy (PPRD) in July, who will go on to run for president in his place. Which means the DRC should have a new leader in early 2019 but what happens next for the troubled country, assuming the December poll actually goes ahead?

The best case scenario: a free, fair and peaceful election

After watching Kabila stay in office for more than two years after his official mandate ended, the DRC’s primary concern by December will be seeing elections go ahead as planned. However, this doesn’t guarantee the country will be able to hold free, fair and peaceful elections in a country that has never managed to hand over power without conflict.

The stakes are high, too. Kabila’s extended stay in power has fed political discontent in the country and those protesting his refusal to step down are unlikely to be satisfied by a regime-controlled election. A corrupt poll in December could be the tipping point for a fragile country that needs nothing more than a peaceful transition of power.

Of course, a free and fair election would require the ruling PPRD to resist using the power at its disposal to influence the outcome, as it was accused of doing in 2011. However, even if the government does everything within its power to guarantee a legitimate poll, accusations alone are enough to spark violence similar to the protests that followed the country’s previous election.

After two years of delaying presidential polls, the DRC’s biggest challenge will be maintaining peace once they’re finally held.

Life in DRC after elections

Assuming the DRC holds elections in December, the ultimate winner will have the challenge of legitimising their position in power. How difficult this proves to be will largely depend on the perceived fairness of the election that precedes their appointment. The PPRD will lose credibility if it wins a widely contested election and some kind of civil unrest is likely to follow. How the government responds to any such protests will be scrutinised by the people, opposition and the international community, too.

Unfortunately, unrest in the DRC extends beyond the political landscape, as proven by ongoing violence in the northeast of the country – particularly in Ituri. Ethnic violence is on the rise and the PPRD has done little to address this issue, perhaps because it’s too busy dealing with political unrest surrounding Kabila’s unwelcomed stay in power.

For those fleeing violence at the country’s extremities, the outcome of December’s election is far from the top of their priorities. People are dying as they attempt to cross Lake Albert into Uganda – a risk they choose to face rather than staying in their homes as rival ethnic groups attack each other with horrific violence. Tens of thousands of children are among those who have escaped violence in their hometowns with more than 25,000 having fled to Uganda in the last two months alone.

For many in the Democratic Republic of Congo, it will take more than elections in December to make a positive impact on their lives.