Obesity in Africa: Populations are growing in more ways than one 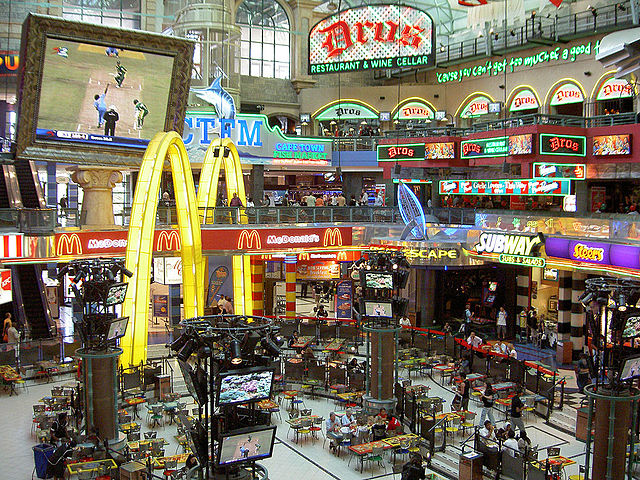 Africa’s soaring population is well documented and the subsequent implications for education, public health and unemployment are major talking points. However, African populations aren’t just growing per capita; individuals are also getting larger as obesity becomes an increasing health threat across the continent.

Africa’s rising middle class comes with a number of lifestyle changes. Middle-class Africans are increasingly desk-bound in the workplace, less likely to engage in sport or other physical activities and constantly targeted by fast food chains looking to cement their brand across the continent.

It’s a mix that might sound familiar to Western audiences. But people in Africa and other developing regions have been exposed to these lifestyle changes in a much shorter space of time. The shift has been more dramatic and there’s more to come. As major beer manufacturers see markets stagnate in the Western world, they’re now focusing on areas like Africa and Southeast Asia. The biggest brands in tobacco are doing the same and fast food companies like McDonalds and KFC already have their grip on the developing world.

The result is a growing obesity crisis in Africa that struggles to get attention with so much of the continent still suffering from insecurity and food shortages.

With millions of people facing famine and grave human rights violations across Africa, reserving sympathy for those overindulging in fast food isn’t easy. But it’s important to acknowledge the context around Africa’s obesity problem.

Africa has the fastest growing middle class in the world but the vast majority of consumers across the continent don’t have access to the kind of education and healthcare available in countries used to seeing Ronald McDonald on every street corner.

Africans are targeted by fast food companies that are actively exploited a rapidly growing market where food awareness is minimal. The notion of a healthy diet isn’t widespread across a middle-class population that’s turning to convenience as working life becomes more demanding.

It’s a case of overindulgence fuelled by ignorance.

It’s not only adult, working professionals who are affected either. As often becomes the case, it’s Africa’s children that are most at risk of the growing obesity crisis. A new report from the Malabo Montpellier Panel says children are increasingly exposed to high-sugar, processed foods that are cheap to produce but low in nutritional value. Obesity among children aged between seven and 11 years old increased from 4% in 1990 to 7% in 2011. This is expected to rise to 11% by 2025.

Which are the countries worst affected? 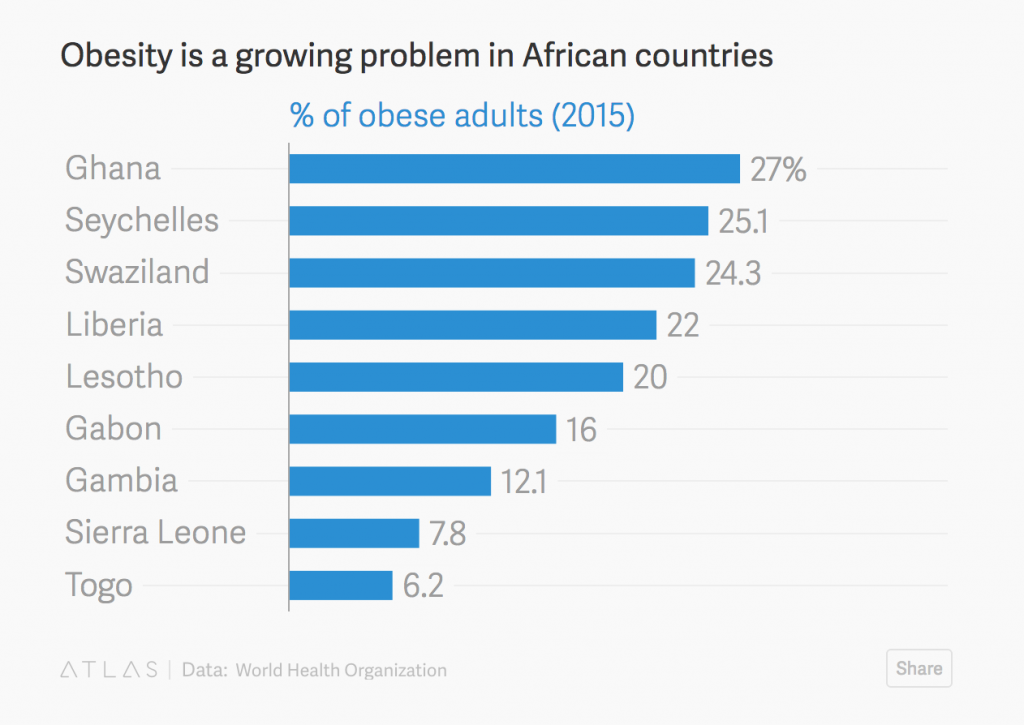 According to data from the World Health Organisation (WHO), Ghana is the African country struggling most with obesity. Egypt, Nigeria and South Africa are also grappling with their own obesity crises as the big names in fast food spread their reach. The likes of Burger King, McDonald’s, KFC, Pizza Hut and Subway have all established themselves in Africa over the last few years. Their marketing campaigns are aggressive and their food provides a quick, convenient hit at the expense of healthy eating.

With Africa’s healthcare systems focused on issues like HIV/AIDS and diseases like malaria, little attention is spared for non-communicable diseases. Obesity comes with increased rates of diabetes, heart conditions, kidney issues and strokes. It’s becoming increasingly apparent that Africa will overcome issues like malaria sooner or later – only to realise lifestyle health issues like diabetes have replaced them.

By the time Africa comes to terms with its food shortages, it will have a huge middle-class population feeling the effects of overindulgence and a healthcare system struggling to cope with a new range of epidemics.

Sadly, it has already begun. And, unless there’s a serious effort to educate people about the implications of the junk food flooding the African market, it will continue.