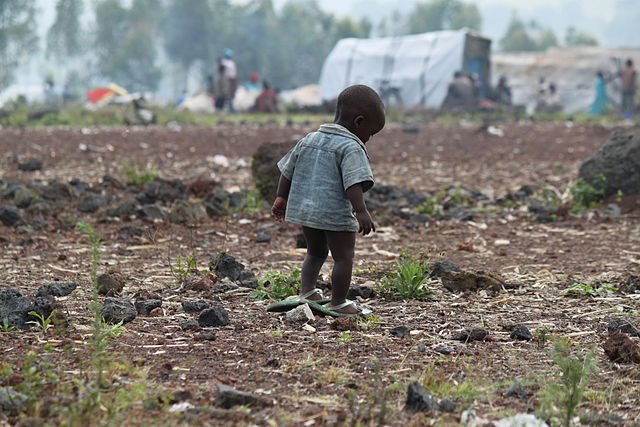 Oxfam has warned that millions facing hunger and acute malnutrition in the Democratic Republic of Congo (DRC) risk having life-saving aid cut amid a funding shortage.

The charity says tens of thousands of people have already had their food rations cut while its aid operation in Kasai may have to close when funding runs out in March. Oxfam’s aid work in Kasai – one of the worst hit areas of the DRC – aims to help 180,000 people facing severe hunger and malnutrition.

Funding shortage in the DRC

Oxfam isn’t the only charity appealing to the international community for aid as a funding crisis hits organisations in the DRC. Numerous international agencies have appealed to donors to increase their contribution in 2018. According to the UN, the cost of aid in the DRC will double next year, rising to $1.7 billion from $812 million in 2017. So far, the UN says it has only received $456 million for aid efforts in the country for 2018.

In the Greater Kasai region, 400,000 children are reported to be severely malnourished and further delays in delivering aid will ultimately result in more fatalities caused by the ongoing food shortage. The region has missed three full farming seasons and endured ongoing violence – a combination that has put millions of lives in danger.

Jose García Barahona, Oxfam’s Country Director for the DRC, says the world can’t continue to ignore the plight of people in Kasai and other parts of the DRC experiencing food shortages.

“Vicious conflict has left millions of people in Kasai severely hungry and the world cannot continue to ignore this scale of human suffering,” he said. “Terrorized and traumatized, over one and a half million people have fled their homes and land in search of safety. Now that we can reach more of those affected, we must help them with the food and other aid they desperately need until they can return home and replant their crops.”

“Governments and international donors need to urgently plug the funding gap as without sufficient aid we will not be able to support the millions of people who need it today in Kasai and in the rest of Congo. It is critical that we act now to bring communities together and help rebuild their lives.”