Politics has lost its charm among Somalia’s youth 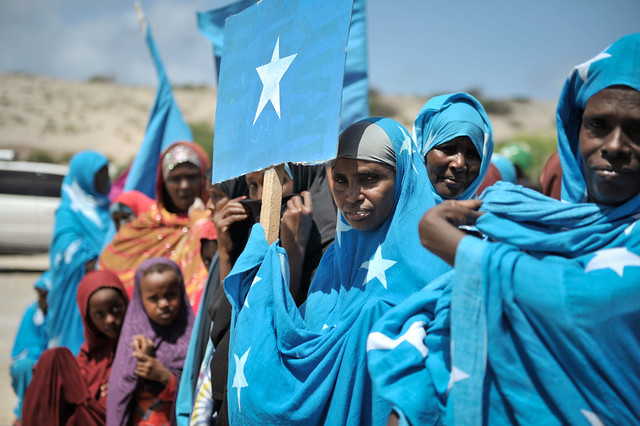 POLITICS is perhaps the most commonly used word in every sphere of life these days. Now, when independent Somalia has reached the age of 59, why not have a look at the youth and their perception of politics?

Independent Somalia has completed a journey of 59 years. During this period we have witnessed the worst and the best. It’s no secret that for our generation politics as a career comes way down the career option list. Politics is losing its appeal amongst the youth of Somalia.

The reasons are many: rampant corruption, criminalisation of politics, tribalism, wars, apathy towards people’s needs; lack of accountability and the list goes on. When we have so many options to explore, why should we dirty our hands in politics?

We put the blame on the government and our elected members whenever we see or feel that our representatives are not doing their job effectively. But more than 50 per cent of the population takes no part in political process of our country. Thus we have no right to blame anyone except ourselves. We all feel that the system needs to be changed but we don’t want to take the responsibility on our shoulders. We have potential human resources who can change the scenario, but they choose to go to the UK, US or Europe as asylum seekers and restrict their lives only to the little aid and settle there permanently.

The perception of our generation about politics has generally been negative. Though we have few young politicians, they have not been allowed to stretch their wings. The politicians need to open up and promote the young generation in the mainstream politics. It’s a regressive stereotype to think only people with gray hair can become successful politicians. The younger generation doesn’t have any outlet to show their principles of leadership. Now ask the youth of Somalia about the
politics and there’s an answer straight on your face. Who wants to join politics?

But is turning away from politics and maintaining a distance from political class really a solution?

Changing dysfunctional behaviour is difficult but not impossible. If we as a nation have to move ahead and build the country of our dreams, we have to use politics as a medium to ensure that the government remains sensitive and accountable to the people.

We come back to the same question: Who will take this country into the era of prosperity, economic growth, sustained development and all-round progress?

It will have to be a collective effort. We will have to work together with a common goal in mind. We have come a long way but journey by no means is
over. It is important to make this growth sustainable.

Somalia has a large, productive and young population as her strongest asset.

If we truly believe that the future of any country lies in the hands of the youth then we need to take that positive step forward. Only the youth can change the pace and width of the course of our nation’s progress and make Somalia a global giant. If we want to see a better Somalia it’s time to take charge. We have to build a foundation now for a prosperous future. Unless young people feel concerned and get involved in politics at all stages, we cannot expect the nation to grow.

I wish that the next time we go to vote we find more names of youngsters among the candidates, who could make our country a better place to live in. I know that the struggle for a better political era means travelling along uncharted terrain, but the situation demands nothing less. Indeed, it demands the ‘impossible’.
One recalls the adjuration of the students of Paris in their May-June uprising of 1968.

They said: ‘Be practical! Do the impossible!’

Four decades later, it may be added: ‘If we cannot do the impossible, we better prepare to face the unthinkable.’ Some of the ‘unthinkable’ is already happening around us.’

It is no good for a nation when its citizens only complain and expect someone else to fix their problems. Young people in Somalia need to become the solution.

Jebril is a development strategist/activist and Pan-African advocate. He is a Member, African Studies Association of Ethiopia ; Member, Royal African Society; Member, African Institute of Political Simulations, etc. His main research interests are in Politics, Society and Governance in Africa, Africa inter-state relations, emerging powers, security, democratization and regional integration in East Africa. He has published articles in local and international journals; public media, among other several works. View all posts by Jebril Domenico →