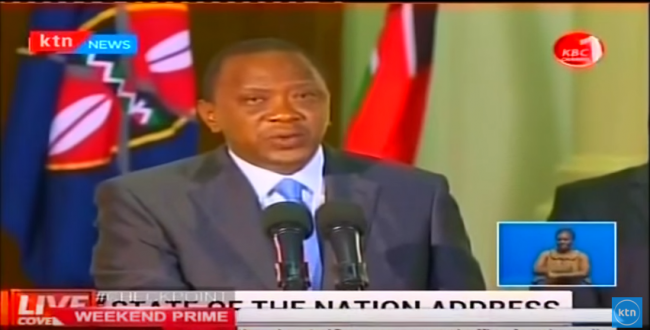 Kenyan President Uhuru Kenyatta has ruled out a wage increase for teachers in a televised address to the nation.

Speaking from State House in Nairobi, on Sunday, the president insisted that raising teacher salaries would increase the cost of living for everyone else, while teachers already earn considerably more than the average wage.

No pay rise for teachers in Kenya

The televised address came after strikes across key cities in Kenya left teachers unions and the Teachers Service Commission (TSC) at deadlock over current wages. However, reports last week revealed teachers in Kenya are among the best paid in Africa, with the lowest-earning teachers in Kenya earning 44 percent above the average wage.

President Kenyatta touched on these revelations and urged teachers to consider the children who are losing out on education time during the strikes.

“It is wrong to hold our children as hostage to wage demands,” he said. “I urge all teachers as parents, as public servants and as Kenyans to reconsider the matter and resume their duties.”

The president also moved to deny rumours that a salary deal between teachers and the government back in 1997 had not been paid in full. Mr Kenyatta rebuffed the allegations, asking teachers to be more honest in their public duty.

“This amount has been settled,” he said.

While headlines over recent weeks have focused on the background and politics of the dispute, President Kenyatta shifted focus onto the children and parents affected by the strikes.

“Let us remember that it is our future, and that of our children, that is at stake. I urge sobriety and sincerity on the part of all parties as we handle this issue,” he said in closing. “We all have but one desire: to see our children back in school soon.”