What Does President Trump Mean for Africa? 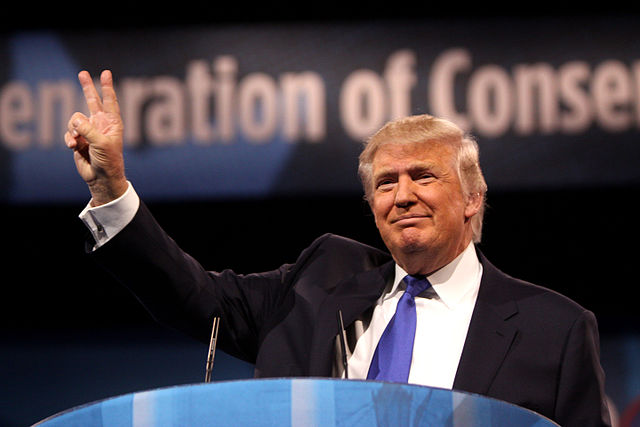 So the Americans actually went ahead and did it; they elected a white billionaire and former reality TV ‘star’ with zero political experience to be their next president. And, let’s face it – that’s probably one of the nicest descriptions you read about President-elect Donald Trump after his ranting, politically-incorrect campaign (also putting it lightly).

So now everyone is wondering what on Earth a world with Donald Trump as ‘the most powerful man’ will look like. Many are predicting the worst but could Africa be one of the few continents to benefit from Trump being president?

The price of uncertainty

With President Obama due to hand over power on January 20, 2017, the world has a couple of months to prepare itself for the Trump effect. Until then it’s anyone’s guess what he’ll bring to the White House and the wider world. His campaign was an erratic ping-pong of policy ideas – one often contradicting the other, making it impossible to know if the guy was serious about any of them.

Is Trump really going to build a wall between the US and Mexico, get cosy with Russa and leave South Korea to fend off the nuclear threat of its northern neighbour on its own?

Well, Trump already appears to be making the recessions. He’s promised to maintain the military ties between the US and South Korea and even shown sign she may not get rid of Obamacare, which was a key feature of his campaign.

The price of all this is uncertainty. What’s interesting is that the markets have held on pretty strong since the election results were announced – far more so than after Britain voted to leave the EU.

The difference, in this case, is the uncertainty isn’t purely economic; it’s global-political on an entirely different level. It doesn’t even look like Trump knows what his plans for the future are. And, if his presidency is as erratic and dysfunctional as his campaign was, it will be an interesting few years ahead.

Little mention of Africa (so far)

Much like this article so far, there’s been little talk of Africa during Trump’s rise to power. Mostly because he’s barely mentioned the continent himself during (or after) the campaign process. In fact, foreign policy was a wildly under-discussed topic throughout the election.

However, the brief mentions during Trump’s campaign suggested he might take a less active approach than we’re used to seeing from US presidents. If this proves to be the case, then could it be Africa slips through the next of America’s attention?

After all, Trump has bigger problems on this hands – starting in his homeland and venturing deep into the Middle East and Asia. While his promise of keeping jobs in the US could result in less outsourcing and trade deals with developing nations.

This would have a knock-on effect with US-African trade, of course, and this is perhaps the biggest concern from Africa’s perspective. The obvious result would be even stronger relations between Africa and China, perhaps resulting in less attractive deals for African countries.

There are various programs between the US and African nations, which may be difficult to maintain if Trump’s interest in Africa never surfaces.

Can the US afford to forget Africa?

Let’s not pretend the US is ‘helping’ Africa out of kindness – it has various interests across the continent and it would defy logic to turn its back on them. First of all, the economic ties aren’t one-way. There’s a reason the US, China and countless other nations heavily invest in African countries: because it’s profitable.

Then there’s the question of influence and powershare – something the US has conducted very aggressively over the last half century. Pulling out of Africa would be sending an invite to China and other rivals to put their stamp on the continent.

We haven’t even come to the most important word in US foreign policy for the last couple of decades – the war on terror. Al-Shabaab remains a genuine concern in Somalia and ISIS has regularly threatened to claim Africa as its next home. If the US relaxes in military presence in the northern and east of Africa, the door would be left open for ISIS and other extremist groups to strengthen.

How much has America really helped Africa?

This is perhaps the most important question in all of this. Sure, there has been some impressive dialogue and programs built between the US and African nations over the last three decades, but who have they really helped?

The US economy, for sure. Or at least the rich folk playing stocks with commodities, trade and manufacturing. African economies have certainly profited, too, but how much has Africa’s economic culture of dependence on other nations helped its people?Again, the rich have enjoyed a great three decades and it’s also true that jobs have been created. However, jobs have also been taken away at the price of technology, development and a series of security threats that have emerged from US involvement in Africa.

Again, the rich have enjoyed a great three decades and it’s also true that jobs have been created. However, jobs have also been taken away at the price of technology, development and a series of security threats that have emerged from US involvement in Africa.

Let’s not dress this up; Africa has been used as a cash cow by the West and now its leaders know how to play the game of ‘legal’ exploitation as well as anyone. To put it into numbers: Africa receives around $134 billion in loans, investment and aid every year.

The US is always in the top 10 of involved parties.

Sorry Africa, you’ve been conned by the concept of foreign aid and the US has benefited more than most.

Could Trump force Africa to go it alone?

So could Trump actually be a positive thing for Africa? If US interest in African nations does indeed fall, its leading countries need to come up with an alternative path to development.

Sadly, the obvious choice would be to turn to China and little would change. But if China also faces the economic downfall many are predicting, Africa’s options would grow increasingly short. Britain’s choice to leave the EU sees Africa’s closest ally in the European bloc also disappear.

Africa would still have options in India, Brazil and various parts of Asia, of course. But how long before Africa turns its attention to home soil and focuses on interAfrican development? The entrepreneurial spirit is alive and well in many African nations and the likes of Ethiopia, Rwanda and Uganda are hardly amateurs with economics these days.