Press freedom in East Africa is becoming even more elusive 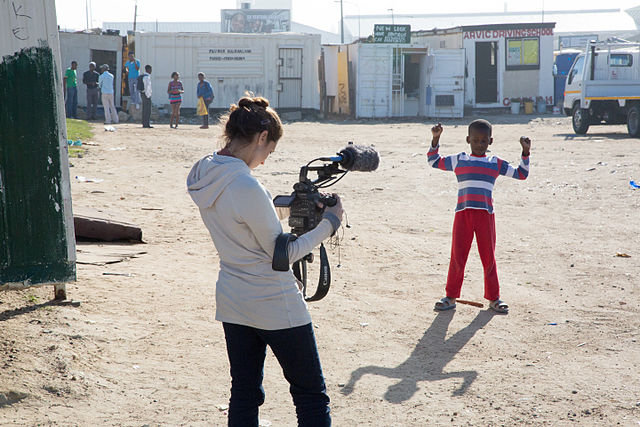 Press freedom is an elusive concept in much of Africa and many other parts of the world. However, there’s this notion that journalists, bloggers and commentators in general are enjoying a progressively more open environment to express their views and report on the world around them.

Largely thanks to the internet, people are connected like never before and online censorship is a challenge, or at least that’s the theory.

However, this kind of connectivity doesn’t appear to be improving things in East Africa. Journalists are being arrested after publishing stories that don’t sit well with their governments. People are being charged with cybercrimes for speaking out against the regime on social media or personal blogs. Meanwhile, some regimes in East Africa remain so eerily devoid of media critique that logic insists press freedom is virtually non-existent.

To say press freedom remains elusive in East Africa doesn’t quite cut it. Media supression in the region is getting worse and, worst of all, the collective decline of press freedom in these countries is normalising it in the region.

Security forces in Sudan make regular practice of shutting down newspapers, albeit normally on a temporary basis. However, the damage done to publications each time is far from insignificant.

Every year, newspapers are ordered to shut down by the government, often without any reason being given. Papers are regularly seized and, while some publications manage to start printing again, many can’t survive the financial burden of shutting down their presses.

Some journalists in Sudan might consider themselves lucky to merely work for a publication shut down by security forces, though.

Earlier this month, Amnesty International reported on the torture of two journalists who were abducted while travelling to Jebel Marra in the Darfur region. The organisation alleges that the journalists were kidnapped due to their persistent investigations into chemical attacks in the region earlier this year. Two camera men were also allgedly tortured in a separate incident, according to the organisation.

Uganda tightening its grip on the media

In Uganda, press freedoms have been increasingly restricted since Museveni’s much-contested election win in February last year. Academic, Dr Stella Nyanzi, is the latest person to be detained for speaking out on social media, prompting the government to publically question her mental health.

In January 2015, journalist Andrew Lwanga was attacked by a police superintendent while covering protests in Kampala. The police officer struck him to the head with a baton until he fell to the ground and booted him in the back, damaging his spine. Lwanga almost died as a result of his injuries.

The only positive to come out of the incident was former police DPC, Joram Mwesigye, being found guilty of assault in March this year. Amnesty International deemed the ruling as “a rare victory for freedom of the press in Uganda“, which shows how much protection journalists in the country can expect.

A report by Freedom House in 2016 reduced Uganda’s press freedom score “due to increased government pressure on media outlets regarding coverage of political events, along with a growth in bribery in exchange for favourable election-related reporting.”

John Magufuli won the hearts of many during his early months in office. However, “the Bulldozer” is gradually building a reputation as an authoritarian leader and the president’s recent attacks on press freedom hint at truth to the argument.

Last month, Magufuli publicly warned the media that there’s a limit to press freedom in the country.

“I would like to tell media owners – be careful, watch it. If you think you have that kind of freedom, not to that extent,” he said.

This came after he sacked former information minister Nape Nnauye for ordering an investigation into media manipulation. The president then ordered his new information minister to clamp down on media organisations deemed to publish material that could incite unrest and destabilise the government.

The eery silence coming from Rwanda

Rwanda President Paul Kagame is one of Africa’s most divisive leaders. Praised by many as bringing the country out of its horrific 1994 genocide, Kagame is equally criticised by other groups for his ruthless approach to dealing with opposition.

According to CPJ, 17 journalists have been killed in Rwanda since 1993. However, the scariest part of Kagame’s grip on Rwanda’s media is the eery silence; there is no criticism coming from within the country. Or, if there is, almost none of it managed to escape the country to fall on international ears.

One of the few journalists who has managed to get his message heard is Anjan Sundaram, who released a scathing book last year, entitled Bad News: Last Journalists in a Dictatorship.

The book documents Sundaram’s accounts of reporting in Rwanda before he was forced to flee the country. It paints a dark picture of the current state of press freedom in Rwanda although a number of journalists in the country came out to criticise the book. Make of that what you will.

The death of press freedom in East Africa

Reporters without Borders ranks the world’s 180 recognised states in its World Press Freedom Index. A quick look at the ranking listed East Africa’s countries like this for 2016:

The concern is that the highest-ranking nations are some of the most rapidly declining in regards to press freedom. If countries like Tanzania and Uganda continue to suppress media coverage, the region is going to slide even further down the rankings as a whole.

South Sudan and Burundi have been two of the world’s most dangerous places to be a journalist in recent years, while Ethiopia continues to target journalists, blogger and social media users with anti-terrorism laws.

Press freedom in East Africa not only remains elusive; it’s getting further away with every year that passes. And, much like the spread of famine across East Africa normalises the difficulties endured by people in each country, the danger is very real that declining press freedom could be seen as something normal in East African countries, too.