Raila Calls on President to Wake Up, Report for Duty on Kenyan Economy 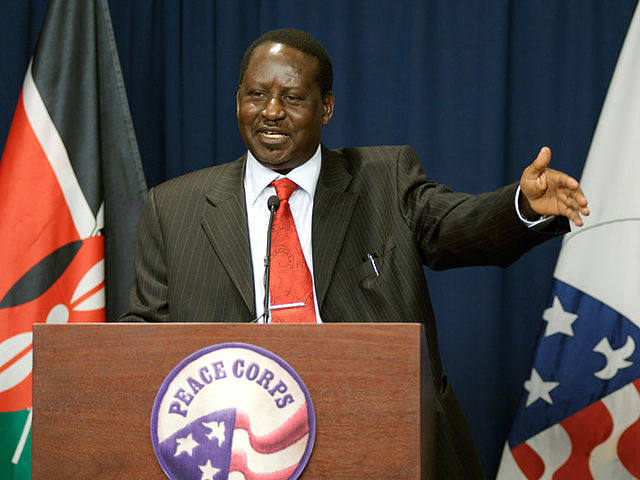 Cord leader Raila Odinga handed a fresh attack on the Jubilee Government, Wednesday, calling on President Uhuru to wake up and report for duty.

The opposition figure says Kenya’s current cash crisis is only the start of an economic decline for the country, unless the president does something to curb corruption and protect the nation’s economy.

Returning from diplomatic duties in South Korea and China, Mr Odinga spoke at a press briefing at the Nairobi Serena Hotel, to address the country’s economic situation. He criticises the government for false claims about economic growth since it came to power.

“Since Jubilee came to power, it has insisted that the economy is growing and Kenyans can sit back and relax. We in opposition have warned that we are on the road to nowhere,” he said. “We have warned that Jubilee is over-borrowing, overspending and over-stealing.”

Get up Mr President

“Mr President, please get up and report on duty. Show Kenyans that you care,” he said. “Tell Kenyans where you are taking them, how you intend to get there and by when.”

On Tuesday the president had also been accused of dodging key political issues, following the celebrations of Mashujaa Day. Opposition MPs criticised Uhuru for failing to address the country’s economy, corruption or the teachers’ pay crisis in the speech he gave.

Cord leader Odinga on Wednesday warned of the looming economic crisis in the country, if action isn’t taken.

“Do not underestimate the urgency of the situation that Kenya is facing,” he warned. “We are ready to support a growth strategy that takes Kenya where it belongs. We know the league this nation should be playing in.”