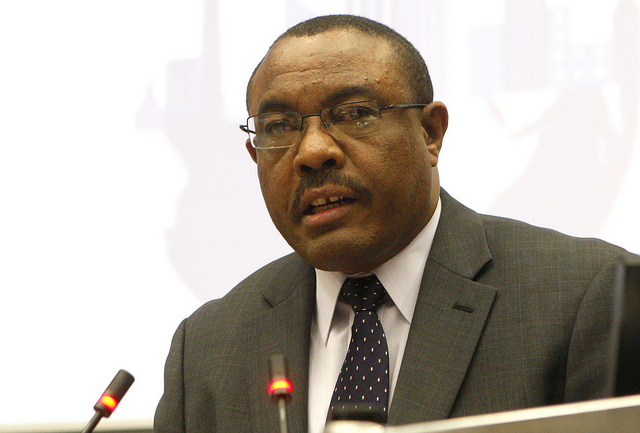 As Ethiopian journalists continue to flee the country, others languish in prison as fear of persecution continues to grow.

Mr Dawit Kebede, managing editor of one opposition newspaper, is merely the latest established journalists to leave the country. The exodus of media personnel from Ethiopia is the largest of any in the world, where raising questions or criticising the government can easily land you in prison.

Vague terrorism laws introduced in 2009 give the government power to arrest and imprison anyone who publishes  information that could encourage readers to commit acts of terrorism.

Those deemed guilty can be imprisoned for anywhere between 10 and 20 years. More than 10 journalists have been charged under the law in the last few month, according to the Committee to Protect Journalists (CPJ). The Ethiopian government denies these charges have anything to do with political stance and Prime Minister Hailemariam Desalegn insists he is open to criticism of his government.

The prime minister’s words have done little to calm the fear of journalists pouring out of Ethiopia for neighbouring countries like Kenya. Sewalem Taye, a 24-year-old exiled journalist told Kenyan press about the difficult working environment he endured for five years before he fled Ethiopia.

“Phone calls and texts with warnings to stop our activities were common,” he said. “We got beaten up by unknown persons who obviously were security authorities. My friends and I had to stop by in the notorious detention center, Meakelawi, for two and three nights once in a while. There was a swarm of politically motivated prosecutions opening against us by the public prosecutor.”

Many don’t make it out though. Only last month the final members of the Zone 9 bloggers were released from prison after an international campaign to secure their freedom.

Desalegn has been quick to dismiss their case and profession from the discussion on freedom of press, however.

“This has to be very clearly underlined because that shouldn’t be confused with the noble profession, journalism and the work that journalists do in this country,” he told the BBC earlier this month.