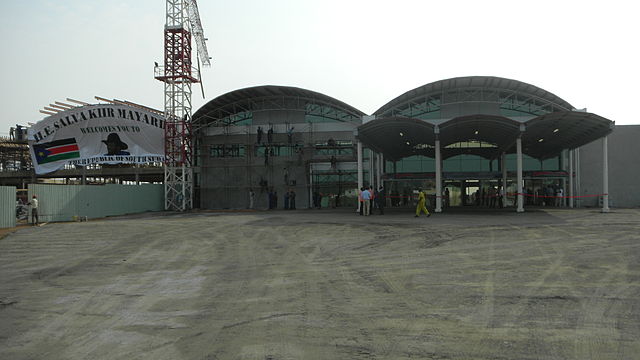 More than 40 people are feared dead following a plane crash, involving a Russian built aircraft, shortly after it took off from Juba International Airport.

The cargo plane was said to have been carrying roughly 50 people when it crashed along the banks of the Nile River, not long after taking off from the South Sudan capital. Reports from Russia suggest the plane was overloaded at the time of take off. The accident comes just three days after Russian airline Metro saw Flight 9268 crash in Egypt, killing everyone on board.

Plane not intended for passengers

A spokesman from Combined Air Services, which operates chartered flights in South Sudan has reinforced claims that the plane was overloaded.

“Normally (these flights) used to carry 12 people, but the problem is they added more people,” Kenyi Galla told news sources. “This plane is just for cargo, not for passengers. It was just chartered for goods.”

Combined Air Services didn’t charter this particular flight, but family members are understood to be regularly added to cargo flights in the region.

An exact body count is yet to have been confirmed as it’s still not known exactly how many people were on board the flight. The possibility that some fishermen in the area were killed during the impact hasn’t yet been ruled out either – but the death toll has exceeded 40 already.

Spokesmen have claimed the craft was only carrying 18 people, including flight crew. However, the current death toll indicates more people were on board – further suggesting the plane could have been carrying an overloaded capacity. Three South Sudanese nationals are said to have survived the crash – including one child – and the ratio of passenger deaths to those killed on the ground remains unknown.

The flight, which was on its way to Paloch, is said to have been mostly carrying  oil workers. Some local witnesses have suggested all the dead were present on the flight, but poor weather has made the search for victims difficult.

“Juba Airport under construction” by City ren2002 – On construction site. Licensed under CC BY-SA 3.0 via Commons.