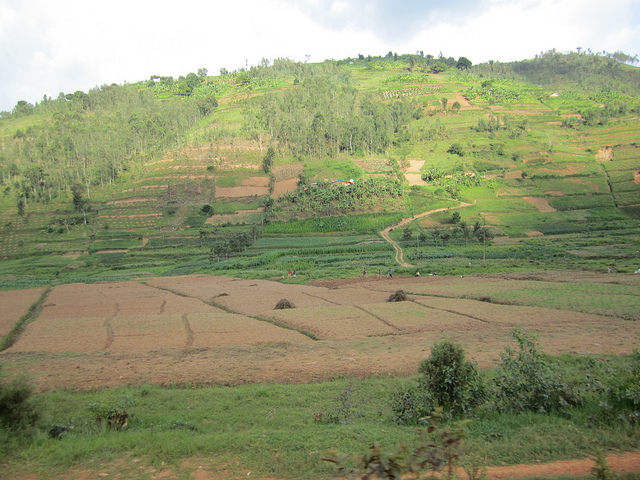 At least 37 houses have been destroyed and more than a dozen damaged by heavy rains in Rwanda’s Musanze District on Monday.

No casualties have been reported from the incident but many families from Gataraga and Busogo sectors have been left with nothing. Livestock, crops and belongings were also lost in the downpour.

Martin Ntirenganya, Social Protection Officer for the Musanze District, tallied up the damage recorded so far from Monday’s heavy rains.

“Thirty-seven houses were completely destroyed while 16 others were partially damaged. A number of livestock, crops and the families’ belongings yet to be assessed were also affected,” he told the press.

Ntirenganya also said the district and other relevant institutions are still trying to assess the full cost of the damage caused.

Many families have been left with nothing after Monday’s rainfall. One resident told The New Times she had lost everything due to the heavy rains.

“I am left with nothing as all my belongings were washed away together with my house. I have no mattress, no beed sheets, no kitchen utensils, nothing. I just have these clothes I am wearing,” Marie Josee Yampiriye told the paper.

She also called on the concerned institutions to supply support for those affected by the heavy rains. Many people are in need of food and alternative shelter following the incident.

“We will offer tents, blankets and kitchenware which they will be using as we are in disaster response process before we go to recovery process. The victims will also receive food from the Ministry of Agriculture,” Philippe Habinshuti, the Director of Disaster Response and Recovery at the Ministry of Disaster Management and Refugees (MIDMAR) told The New Times.

Featured image:
flickr photo shared by johncooke under a Creative Commons ( BY ) license