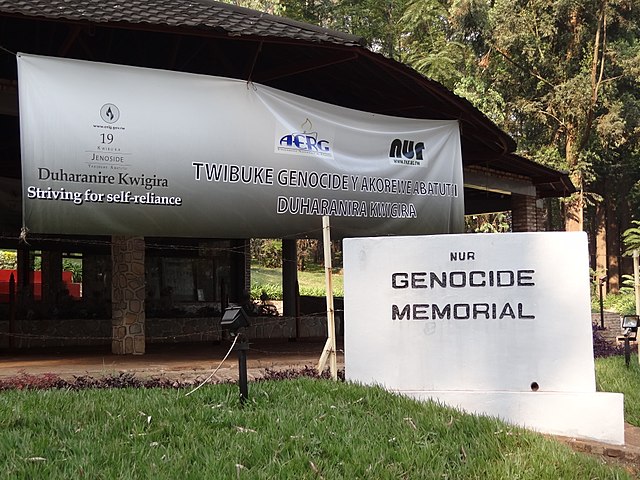 Rwanda buried the remains of almost 85,000 victims from the country’s 1994 genocide on Saturday.

The remains of the victims were found in mass graves below residential houses in the outskirts of Rwanda’s capital, Kigali, last year. Family members were able to identify their loved ones by their teeth, fragments of clothing and other remains found in 143 pits, although many of the victims were unable to be identified.

The burial comes one month after the African nation commemorated the 25th anniversary of the atrocity that killed more than 800,000 people over the course of 100 days – most of whom were ethnic Tutsis.

For some of the families of the victims, the burial provides some kind of closure but many of the remains were impossible to identify. The Hutu extremists who killed them are reported to have burned many of the bodies with acid and crushed some of their bones to dust before discarding of them.

According to local reports, some of the homeowners living above the mass graves were aware of their existence but failed to alert authorities. In Rwanda, concealing information about the genocide  – including the location of graves – is a criminal offence.